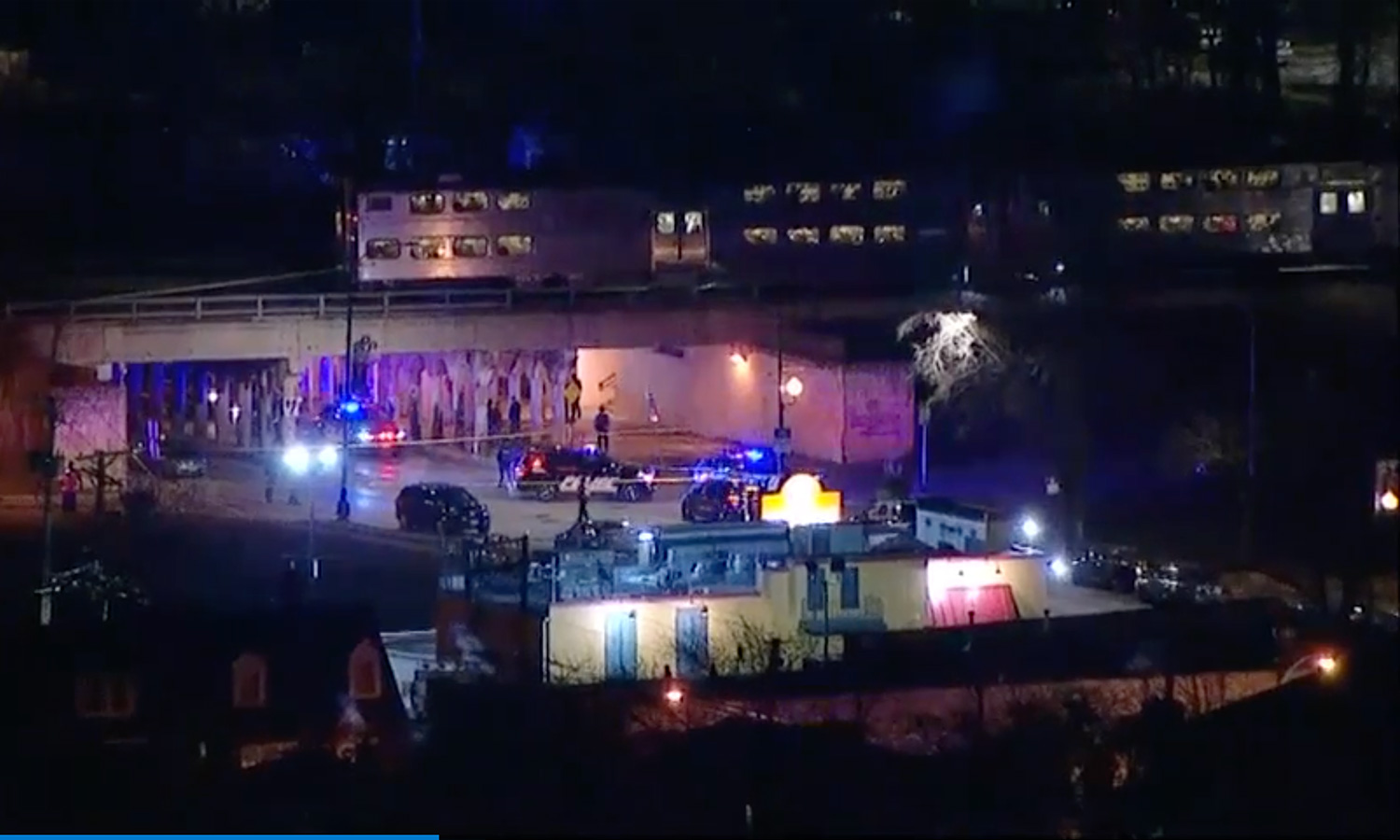 Two Chicago police officers were killed in the line of duty Monday when they were struck by a passenger train while investigating a report of gunfire near tracks on the city’s South Side, authorities said.

They become the third and fourth police officers killed in the line of duty in Chicago in 2018. They were identified as Eduardo Marmolejo, 36, and Conrad Gary, 31.

“There they were … doing their job, trying to protect the rest of us,” Mayor Rahm Emanuel said. “We lost two young men, both fathers with young families. This holiday will never be the same for those two families. We lost people who answered the call to make Chicago a better place.”

The officers were responding to a call of shots fired near the tracks near 103rd Street and Dauphin Avenue around 6:30 p.m. when they were struck by a local suburban passenger train service headed toward Northwest Indiana, authorities said.

A suspect believed to be involved in the shooting incident that caused the officers to be dispatched to the area was taken into custody. Police also discovered a weapon in the area. The suspect was being questioned by police Monday night.

Johnson said officers responded after the department’s ShotSpotter system detected gunfire in the area. The officers were struck as they were pursuing a suspect who made his way up to the train tracks, Johnson said.

“The most dangerous thing is to take a weapon off an armed individual,” Johnson said.

Marmolejo had been with the department more than two years, and Gary joined the department about 18 months ago, Johnson said. Both had young children.

The officers’ deaths followed the shooting death of Samuel Jimenez, 32, who was killed less than a month ago while responding to a gunman who opened fire at a Chicago hospital. Two hospital workers as well as the gunman were killed in the Nov. 17 incident at Mercy Hospital.

In February, Cmdr. Paul Bauer, a veteran of more than three decades on the Chicago force, was fatally shot while confronting a man who had run from police during an incident in downtown Chicago.

Kevin Graham, president of the Chicago Fraternal Order of Police, called Monday’s incident a “grim reminder of the dangers police officers face each and every day to protect the public.”

It’s been a particularly trying year for Chicago cops assigned to the dangerous swath of the city where Marmolejo and Gary were working Monday night.

The officers were assigned to the police department’s Fifth District, which had two officers commit suicide in separate incidents earlier this year by shooting themselves outside the police station. A third officer died in July after collapsing while on duty.

“You start to wonder to yourself, ‘How much can they take?’ ” Johnson said. “But I will tell you this, the resolve of Chicago police officers always amazes me. I guarantee you we’re going to have (employee assistance) and chaplains talk to that midnight patrol roll call. But you know what they’re going to do? They’re going to strap up, put their uniforms on and go out there again tonight and keep this city safe.”

The city has endured daunting levels of gun violence in recent years, including 650 homicides last year and 762 homicides in 2016.