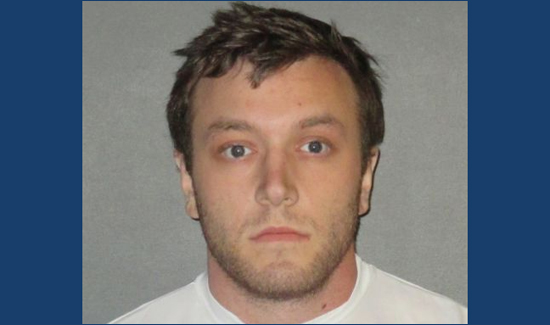 The slayings of two black men in Baton Rouge last week were likely racially motivated, police said Sunday, and a suspect — a 23-year-old white man — was in custody. In both shootings the gunman fired from his car then walked up to the victims as they were lying on the ground and fired again multiple times.

Gleason was still jailed as of 6 p.m. Sunday, according to the sheriff’s office.

“The victims were … ambushed,” McKneely said. “There is a strong possibility that it could be racially motivated.”

McKneely said shell casings from the shootings linked the two slayings, and a car belonging to Gleason fit the description of the vehicle used in the killings. He said authorities had collected other circumstantial evidence but he wouldn’t say what it was.

Neither victim had any prior relationship with Gleason. It wasn’t immediately clear if Gleason had an attorney or when his first court appearance would be.

The shootings happened about five miles from each other. The first occurred Tuesday night when 59-year-old Bruce Cofield, who was homeless, was shot to death. The second happened Thursday night when 49-year-old Donald Smart was gunned down while walking to his job as a dishwasher at a cafe popular with Louisiana State University students, Mckneely said.

Smart’s aunt, Mary Smart, said she was still dealing with the shock of her nephew’s death.

“I’m feeling down and depressed. My nephew, I love him, and he was on his way to work and that makes it so sad,” she said in a telephone interview Sunday. “He was always smiling and hugging everybody. A lot of people knew him.”

Smart had a son and two daughters, she said.

She declined to comment on police allegations that her nephew might have been shot because of the color of his skin.