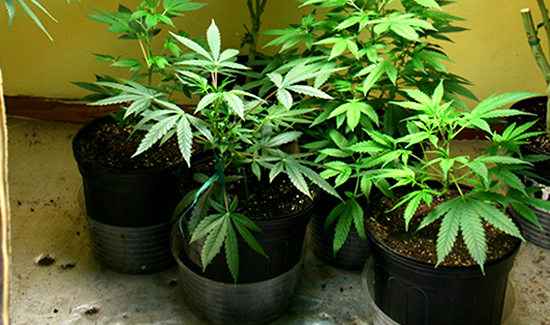 Via the Times-Herald Record:

WARWICK, NY – Police said they seized 275 marijuana plants, with a street value of about $360,000, during Monday night’s raid of a four-bedroom Colonial in the Horizon Farms subdivision that drug traffickers had turned into a grow house.

The operation resulted in the arrests of two Bronx men who face felony charges of fourth-degree conspiracy to distribute marijuana and first-degree possession of marijuana. The investigation is continuing and more arrests are expected, Warwick police Lt. Tom Maslanka said Wednesday.

Maslanka said that when police moved on the house, they discovered the basement and a room over the garage had been turned into an indoor marijuana farm, using special lights and irrigation.

“This was a sophisticated operation,” Maslanka said. “It wasn’t just someone with a heat lamp trying to grow a plant out of a chicken coop.”

Maslanka said the investigation started Sunday afternoon, when a neighbor reported seeing a suspicious car at the house. The officer who responded knocked on the door, got no answer, and checked around the house. Maslanka said the officer noticed condensation on the windows and a strong odor of marijuana coming through the dryer vent.

(Ed. note: The “street value” estimation is based on an idea about what the plants would be worth if they had fully grown.)