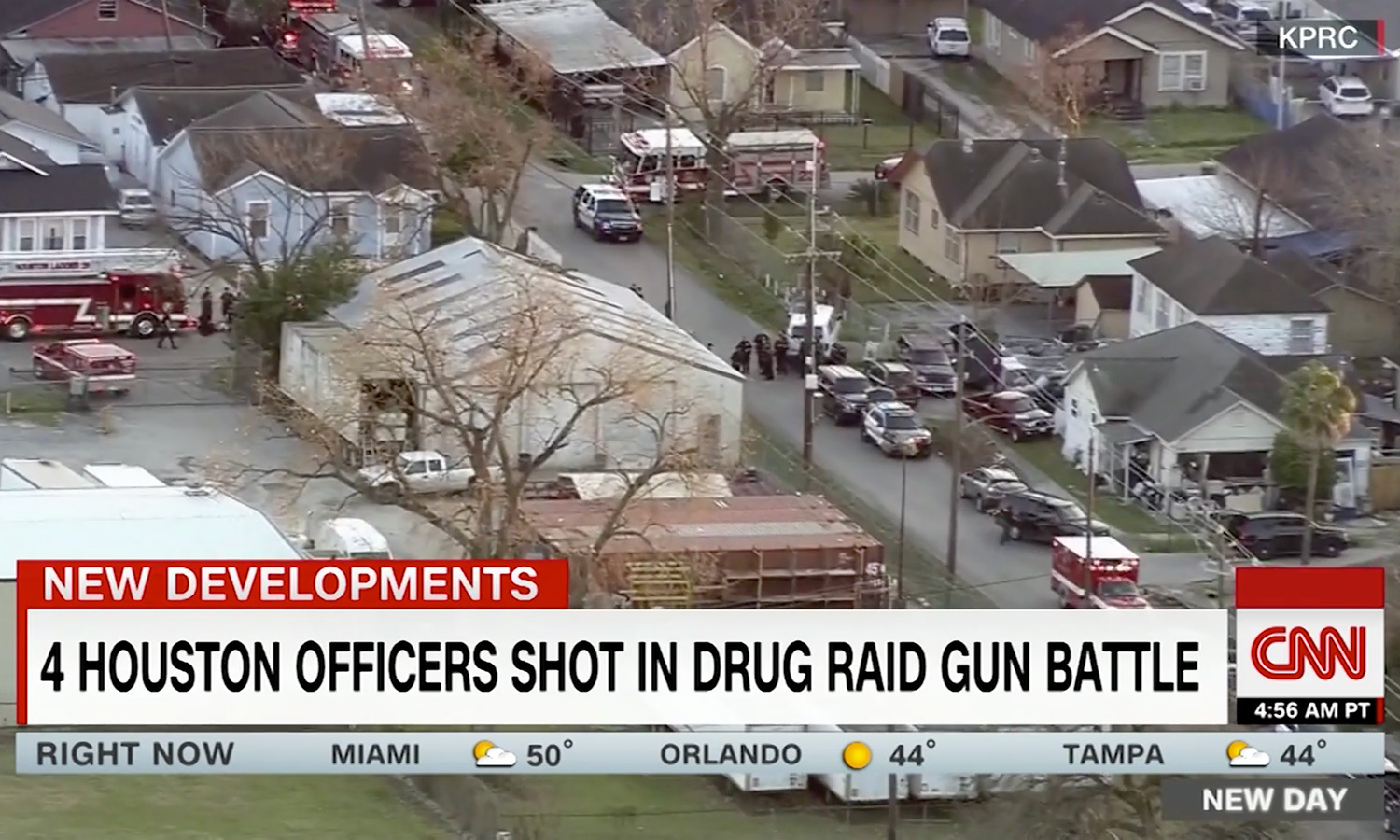 “Immediately upon breaching the door, the officers came under fire from one or two suspects inside the house,” the police chief said.

One suspect retreated to the back of a room, he said, then re-emerged and returned fire.
Four undercover narcotics officers were struck by gunfire, police said. A fifth officer suffered a knee injury, according to Acevedo.

Three of the four officers who were shot are still hospitalized, police said Monday night. The officer who suffered the knee injury was also being treated at the hospital, police said.

Two of the hospitalized officers are in critical condition, while the other two are in good condition, police said. An officer who was discharged suffered a gunshot wound to the shoulder.

“This has been a tough day for our city,” Mayor Sylvester Turner said, encouraging residents to pray for the officers.

Texas Gov. Greg Abbott said, “This evening’s horrific attack on police officers is a solemn reminder of the service and sacrifice our brave men and women in law enforcement make every day to keep us safe.”