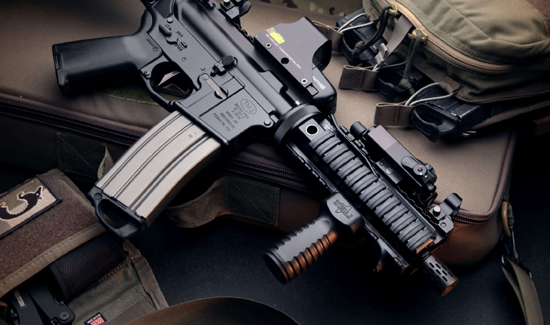 The issue of police weaponry being stolen, sold, and winding up in the hands of criminals, is a troubling national phenomenon. The problem is especially bad in North Carolina.

WINNABOW, NC — An M4 fully automatic rifle and other government-owned law enforcement equipment was stolen during a car break-in.

According to a heavily redacted report from the Leland Police Department (NC), the break-in was reported at a home in Winnabow on Sept. 30.

It indicates the weapons belong to a government agency, but does not specify which one.

In total, the value of the items stolen is estimated to be around $4,500.

The thief broke in through the driver side rear passenger window, according to the report.

Leland Police directed all questions about the break-in to the Bureau of Alcohol, Tobacco, Firearms and Explosives.

An ATF spokesperson wrote in an email, “It is a state investigation in which ATF cannot comment on.”

The State Bureau of Investigation said, however, “The SBI is not investigating that.”