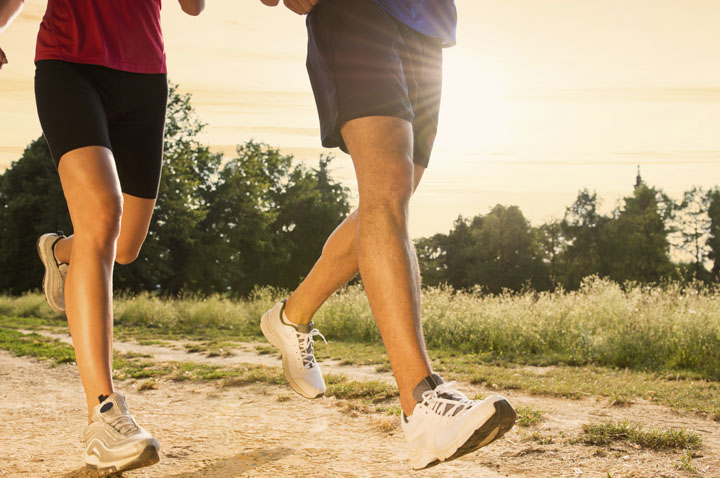 SPRINT training for 60 minutes a week burns the same amount of body fat in men as jogging for seven hours a week, Sydney scientists report.

More than 40 overweight males participated in a short, high-intensity training regime based on cycle sprints over 12 weeks and measured a significant drop in their abdominal fat and an increase in muscle mass.

”We’ve been searching for about 10 years for the minimum amount of exercise you can do with the biggest health impact factor,” Dr Boutcher, an exercise physiologist and associate professor at the University of NSW, said

By exercising three times a week, participants, mostly university students in their 20s, lost an average two kilograms of fat and gained 1.1 kilograms of muscle mass, mainly in their trunk and legs.

Other studies have shown men would need to jog for between five and seven hours a week for more than three months to lose the same amount of fat.

As part of the program, participants sprinted on an exercise bike for eight seconds, and raised their heart rate to between 80 per cent and 90 per cent of its maximum rate, followed by 12 seconds of slow peddling.

”In three 20 minute sessions a week, they’re only working hard for eight minutes,” he said.

A control group of participants, who did no exercise, lost no weight during the study.

Both groups were asked to consume their regular diets.

Fast sprinting caused the body to release high levels of a specific group of hormones, called catecholamines, which drive the release of fat, especially abdominal and visceral fat, from fat stores so it can be burned by working muscles.

”We don’t know why, but moving limbs very fast generates high levels of catecholamine,” Dr Boutcher, whose findings are published in the Journal of Obesity, said.

While the study, funded by Diabetes Australia, only measured the effect of sprints on an exercise bike, other types of activity, such as fast running, rowing, stair climbing, shadow boxing and skipping , could also raise a person’s heart rate to a high level for the body to release catecholamines.

”We couldn’t get the heart rate up in walking or swimming though,” he said.