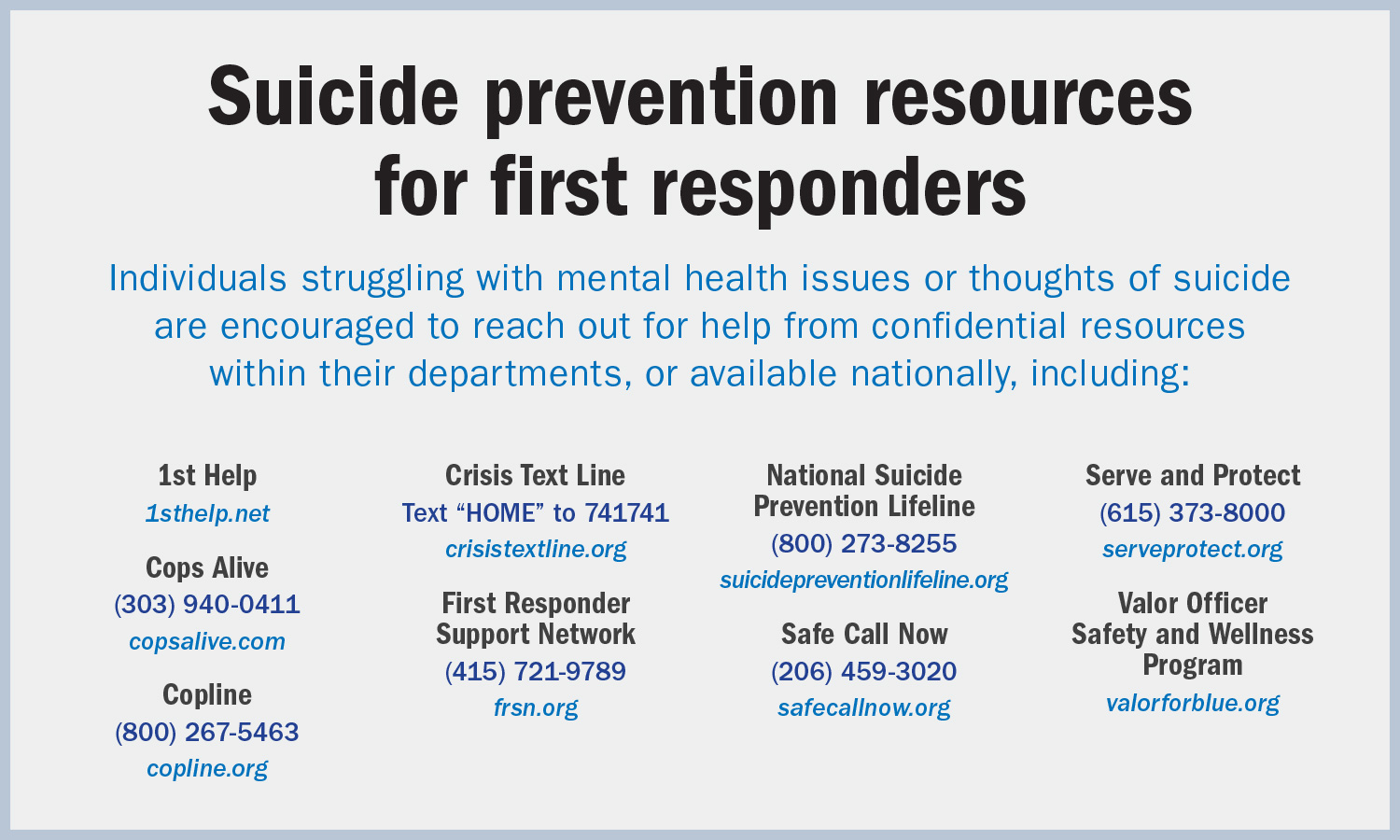 On June 5, NYPD’s Deputy Chief Steven J. Silks took his life. The tragedy occurred a few weeks before his mandatory retirement. Before month’s end, the country’s largest law enforcement agency would suffer the loss of four members to suicide. During the same period, Vox reports that a Philadelphia sheriff’s LGBTQ liaison officer as well as first responders in Michigan, Minnesota, California and Nevada also took their lives.

“This is a mental-health crisis. And we — the NYPD and the law enforcement profession as a whole — absolutely must take action. This cannot be allowed to continue. Cops spend so much of their days assisting others. But before we can help the people we serve, it is imperative that we first help ourselves,” NYPD Police Commissioner James P. O’Neill said in a statement.

Research indicates suicide is the number one killer for police officers, including in a 2018 study conducted by the Ruderman Family Foundation.

According to Blue H.E.L.P., an advocacy group seeking to remove mental health stigmas and prevent suicides among law enforcement, 167 cops killed themselves in 2018, which surpassed the 153 killed in the line of duty. The group has also verified 106 law enforcement suicides in 2019 as of mid-July. The Firefighter Behavioral Health Alliance has confirmed nearly 50 suicides by fire and emergency medical services professionals.

The violent and heart-wrenching conditions cops encounter can take a toll on their psychological, emotional and spiritual well-being. Estimates of how many law enforcement professionals suffer post-traumatic stress vary, with one recent study out of the United Kingdom alleging it’s as common as one in five officers.

However, there may be many contributing factors, including other mental health conditions as well as personal and financial strife. Even though many agencies nationwide offer psychological services along with peer support and chaplains on call, there’s still a perceived stigma attached toward cops seeking help.

Groups like Blue H.E.L.P. want to change that attitude. It’s named the last Saturday in September as Law Enforcement Suicide Awareness Day. Police leaders also acknowledge the responsibility to serve their officers in need. As NYPD Commissioner O’Neill stated, “We must take care of each other. We must address the issue now because it will not go away on its own. We must speak out. And we must end this crisis together.”