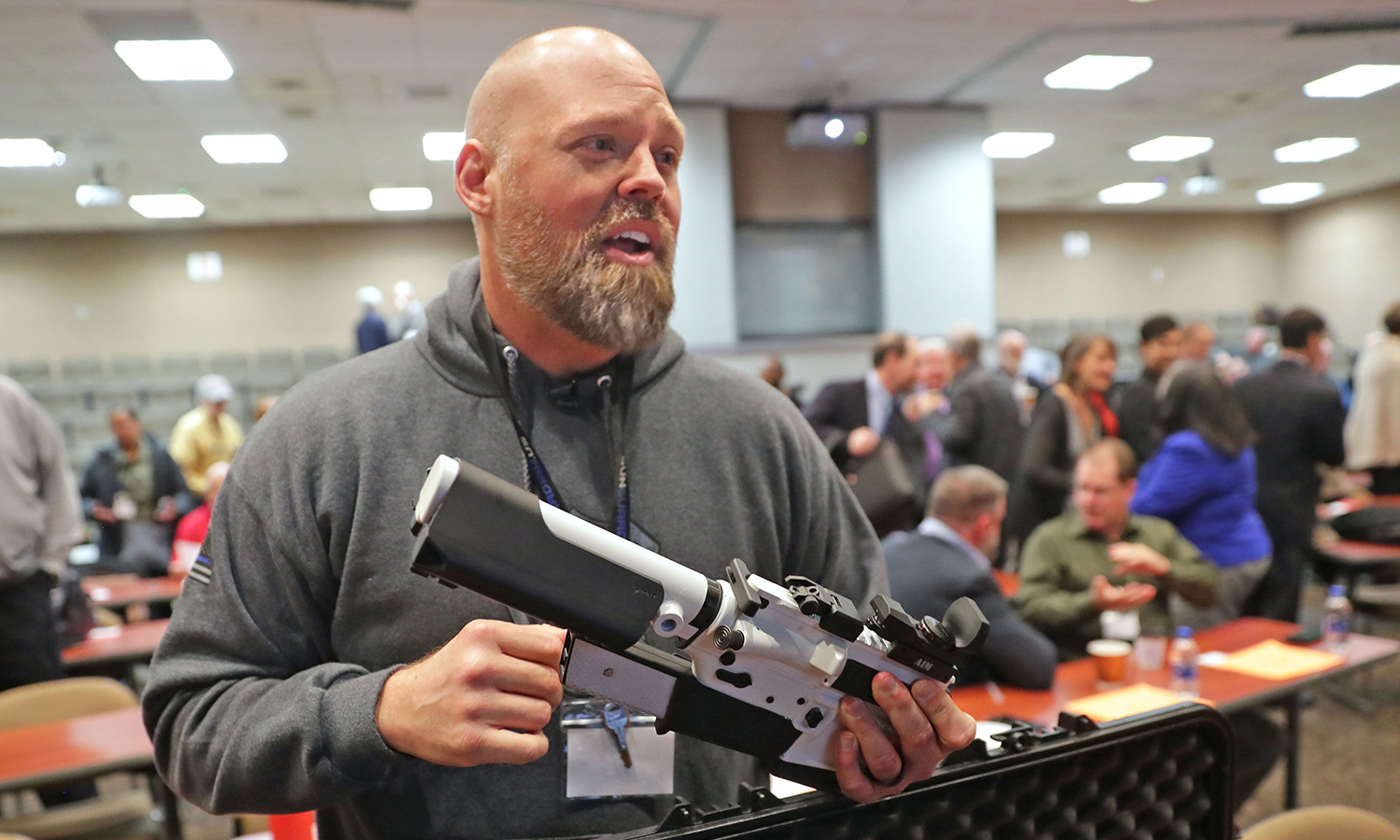 People on both sides of the gun control debate can at least agree safer guns are a good thing — can’t they?

After all, what’s wrong with a gun that sets off an alarm and sends a text if it’s moved? Or needs the user’s thumbprint to operate? Or only fires when a user wearing a tiny electronic ID tag picks it up?

Plenty, according to some users, especially police officers, who say they need speedy, reliable access above anything else. Some also believe any government attempts to require smart-gun technology infringes on gun rights.

Still, it’s the hope of Don’t Stand Idly By — a movement promoting safer weapons that might reduce gun thefts, suicides and accidents that claim the lives of tens of thousands of Americans every year — that law enforcement can back the same cause without taking sides.

Most major firearms makers have resisted innovating so-called smart guns and technology to improve gun safety, so the movement hopes law enforcement and the military, which account for 40 percent of all U.S. gun sales, might start demanding new-age weapons.

Representatives from dozens of law enforcement agencies from Wisconsin and Illinois met Wednesday at Milwaukee Area Technical College’s Oak Creek campus to hear from safer-gun entrepreneurs and check out their ideas, prototypes and products.

The event was sponsored by Common Ground, a nonprofit community action group, part of a national network called Metro Industrial Areas Foundation, which launched the Do Not Stand Idly By effort in 2013.

Ehren Achee of Ignis Kinetics in Texas talked about his work on a system that would equip guns with a device that would detect a tiny RFID worn by the authorized user and only then become usable. RFID stands for radio frequency identification and is similar to that used on ID cards employees used to enter secure work areas.

“I’m politically agnostic but technologically enthusiastic,” he told the crowd.

While his product is still in development, others on display Wednesday were in the prototype phase, close to launch or already in stores.

‘Fast as a holster, as secure as a safe’

Timothy Oh demonstrated Vara’s Reach, a wall-mounted handgun lock that leaves the grip exposed and unlocks as soon as the authorized user reaches for it and the device reads her thumbprint.

Bob Allen of Safety First Arms showed off a PIN-activated lock and alarm built into a replacement grip for the popular AR-15 rifle. It also keeps the safety on whenever the user is not actively pushing a lever forward with his or her thumb. Allen said he’s looking for more financing for his creation.

Omer Kiyani’s Identilock is already for sale in stores like Cabela’s and online from Amazon. It’s basically an oversized trigger guard that drops off in less than a second when the authorized user’s fingerprint is detected while holding the grip.

He said sales are approaching a million but that government could incentivize more people to use the product.