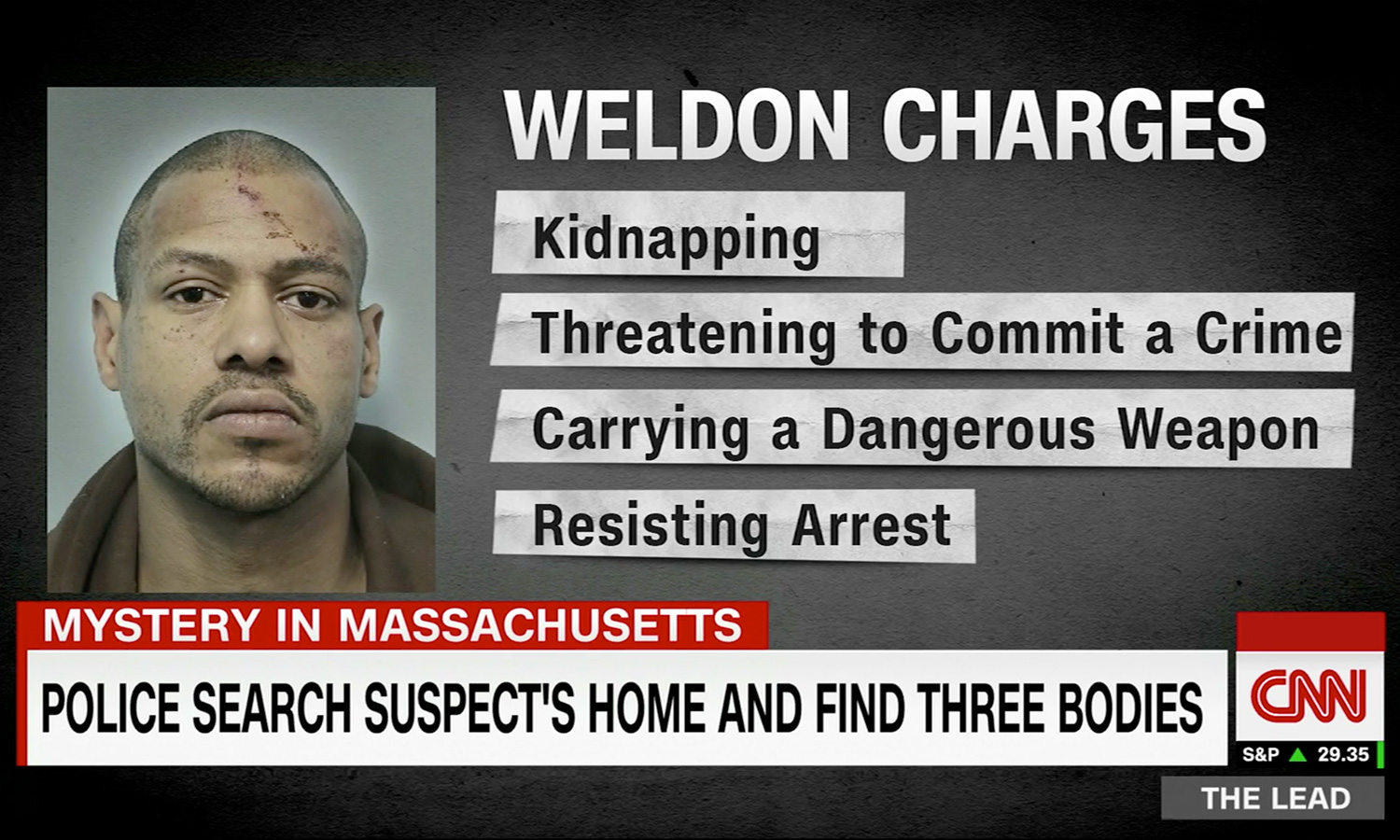 The bodies of three adult women were found at the home of a Massachusetts man who has been charged in two separate kidnapping cases, police said.

The victims were identified as Ernestine Ryans, 47, of Springfield; America Lyden, 34, of Springfield; and Kayla Escalante, 27, of Ludlow. The cause or manner of their death is not yet clear, and Gulluni said they were being treated as suspicious.