While on patrol during a recent protest in Conway, Arkansas, Officer Christopher Vasquez of the University of Central Arkansas Police Department was quickly drawn to one particular peaceful protester whose bravery was nearly impossible to ignore.

The protester was a 4-year-old named A.J., who for nearly half of his life has battled leukemia. Standing outside his apartment with his mother, the young boy held a sign that read, “Cancer is hard. Being black is hard … I want to survive both.”

Vasquez decided to approach the boy and was immediately greeted in a way that even surprised the veteran officer.

“A.J. ran up to me and gave me a big ole hug,” Vasquez told KATV. “Man, holding back the waterworks was hard because he’s just so pure and gave so freely with his love. It made my heart feel so happy.”

A.J.’s mother, Katrina Morris, said that Vasquez immediately took an interest in her son’s story and wanted to know everything A.J. had been through, before saying that he teaches his kids to love everyone. 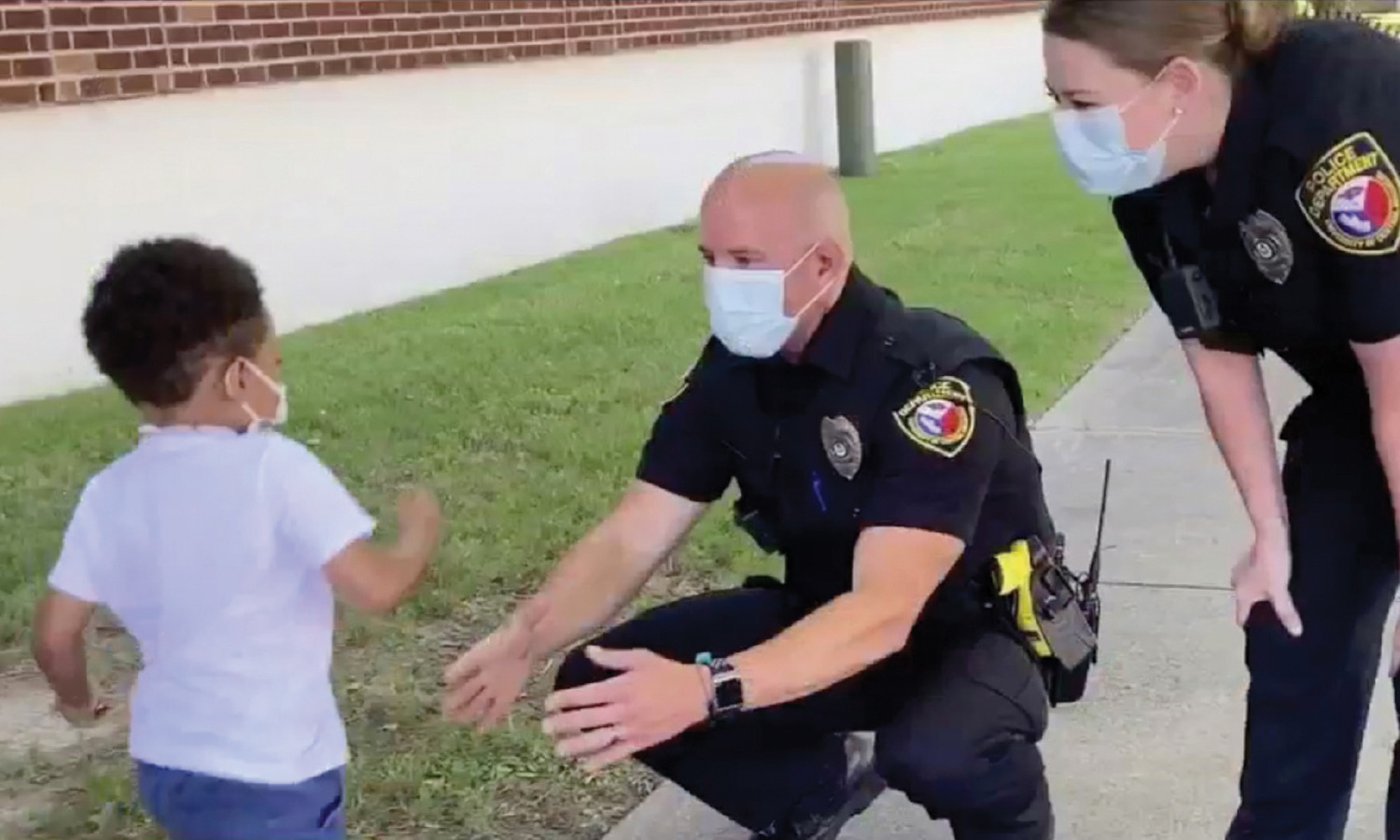 Vasquez called over to his fellow officers patrolling the protest to see if they’d also like to meet A.J. The offer was one Officer Kaitlyn Weber knew she couldn’t pass up.

“It was a feeling of relief knowing that not everybody hates us, and not everyone sees us as bad people,” she says. “They still want to get to know us, and especially kids want to be seen with us.”

Weber, Vasquez and Officer Durwin Lasker posed for photos with A.J. and discussed with Morris about A.J.’s cancer and the issues going on in the world today. For the officers, meeting A.J. and seeing the happiness and positivity flowing out of him was a much-needed break from the stresses of the job.

The interaction didn’t just have an impact on the officers, it made a lasting impression on Morris as well, who said the experience is another example of officers being pillars in the community.

“Every officer that I’ve met has been amazing to me and my son,” she said. “At the end of the day, there’s still good police officers out there. I don’t want to call out everyone, and this is a prime example of good people.”

For both Weber and Vasquez, their ultimate goal from the interaction with A.J. is that he’ll remember the experience with fondness and perhaps one day even pursue a career in law enforcement.

“Especially at a young age, you don’t really know a whole lot of what’s going on, but you can start learning now that we’re here to help you and protect you and not to have you run away from us,” Weber says.

Vasquez couldn’t agree more. “I hope when he sees cops of a different color or of a different height or size that he remembers, ‘Hey, they’re our friends, we’re all human, we all bleed the same color.’” 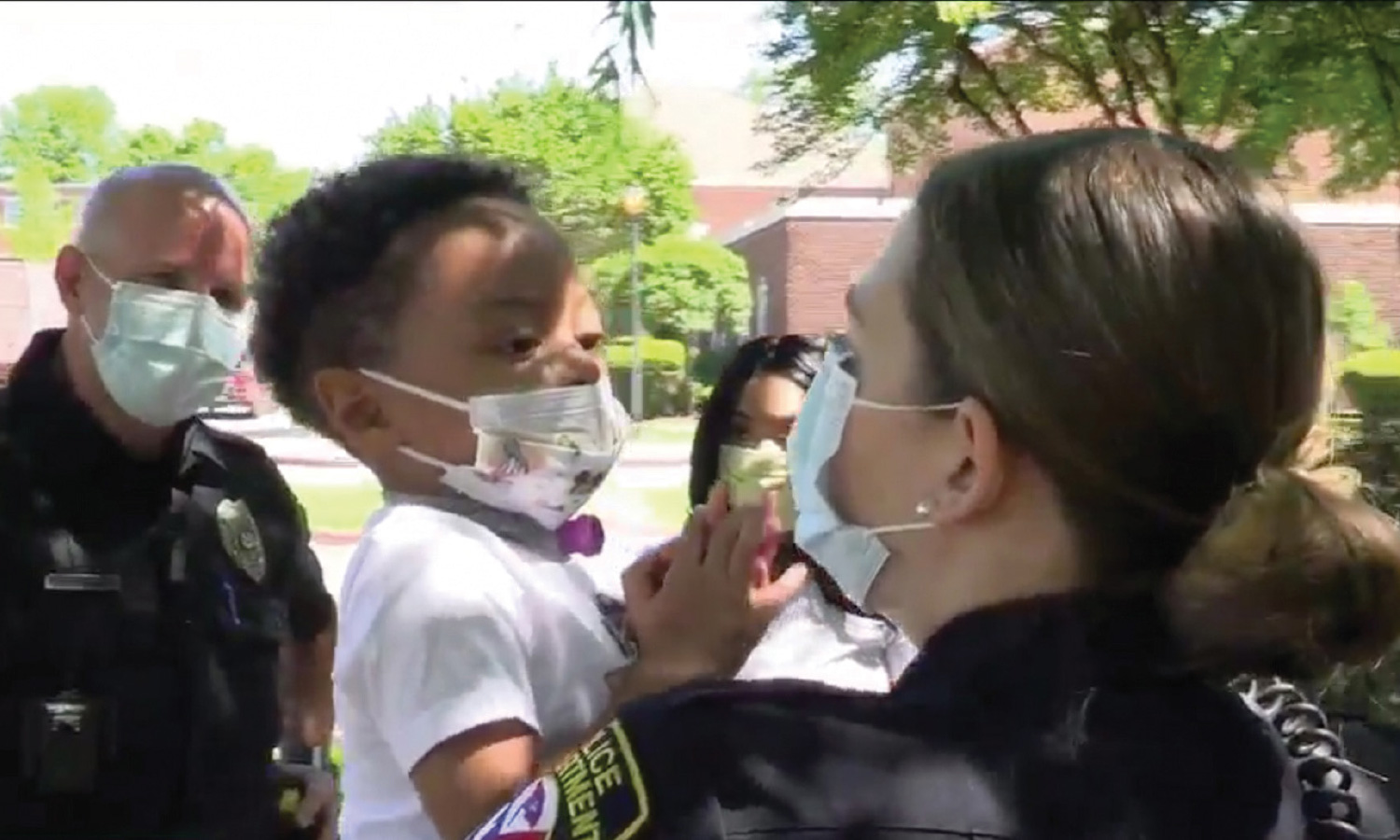