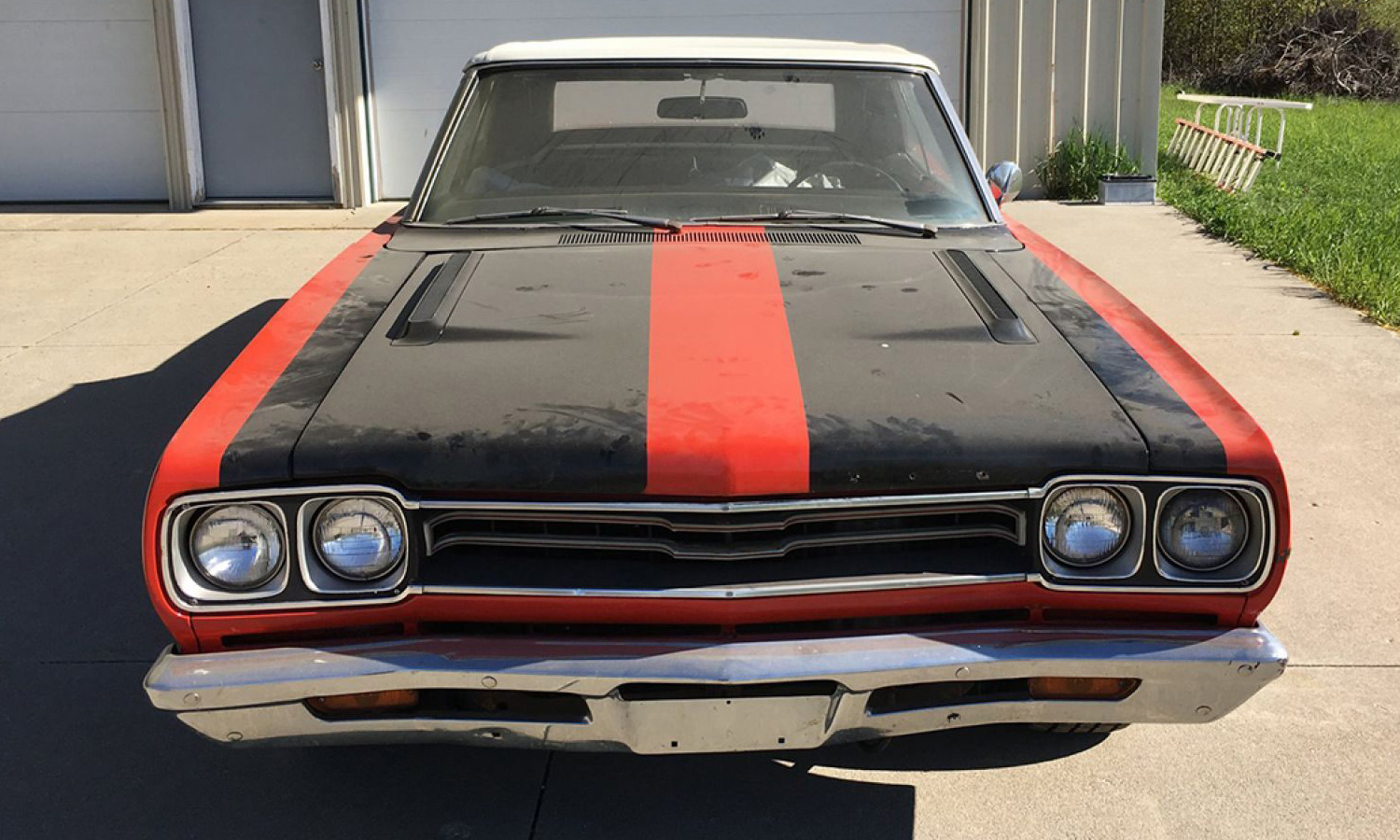 A rare Plymouth muscle car is being auctioned by Michigan police.

The 1969 GTX Convertible was found on an abandoned property near Traverse City, reportedly after the death of its owner, and it appears to have been sitting there for years.

The red two-door is one of 362 like it that were built that year with a 440 V8 and automatic transmission, and it has just 20,269 miles on its odometer.

No one has tried to start it, but the owner of Bingham Body and Towing, where it is currently located, told Fox News Autos that he knows a mechanic that worked on it about a decade ago and said it was in great shape.

According to the Hagerty Price Guide, the car is potentially worth $90,000 if restored to top condition.

That’s a bit less than the rarest of 1969 GTX Convertibles, which are powered by Plymouth’s legendary Hemi V8. Only 11 of them were ordered and they’re worth up to $250,000 today.

The online auction for the Michigan car runs from June 5 to 18.