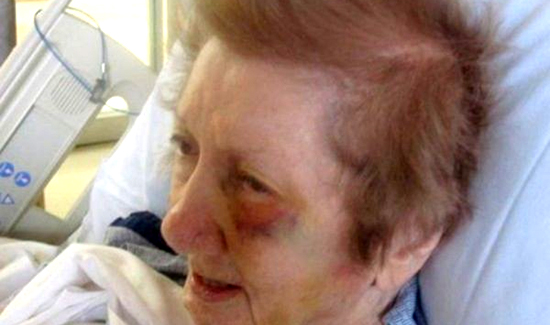 President Trump recently made good on one of his campaign promises to the wealthy interests that run the increasingly lucrative nursing home industry. He recently did away with a rule designed to protect the rights of some nursing home residents to bring lawsuits if they are abused, neglected, or otherwise mistreated.

TRENTON, NJ — Seven years after a 93-year-old Brick Township woman died after what her family was told was the result of slipping on powder in her room at an assisted care living facility, the elder abuse regulations her daughter has campaigned for are finally law.

Peggy’s Law (S-1219), named for Peggy Marzolla, who died in 2010, was signed into law by Gov. Chris Christie on Monday. It aims to protect senior citizens in assisted living facilities from abuse by requiring suspected abuse be reported to law enforcement.

“I started to cry I was so happy,” said her daughter, Maureen Marzolla-Persi, who has been fighting for passage of Peggy’s Law since her mother’s death in April 2010. It’s taken Hundreds of phone calls and emails pushing, prodding, nagging legislators. She’s spent hours spent talking to others whose family members were abused, and testifying before the Legislature. And more calls nagging the governor’s office about signing the bill since it was passed by both houses at last on June 29.

“It’s too late to help my mother,” Marzolla-Persi said, but she’s hopeful it will protect other elderly patients and prevent others families from suffering the anguish she faced. In February 2010 Marzolla-Persi received a call late one night that her mother, an Alzheimer’s patient, had slipped on some powder and been taken to Ocean Medical Center in Brick. Hospital staff, however, raised questions about the injuries Peggy Marzolla had suffered, Marzolla-Persi told the Patch.

Peggy Marzolla, who didn’t retire from her job in the Paterson police department until age 81, had sustained a broken eye socket, a broken cheekbone, a broken jaw, a broken wrist, a badly bruised elbow, a gash on her left shin and welts on her back.