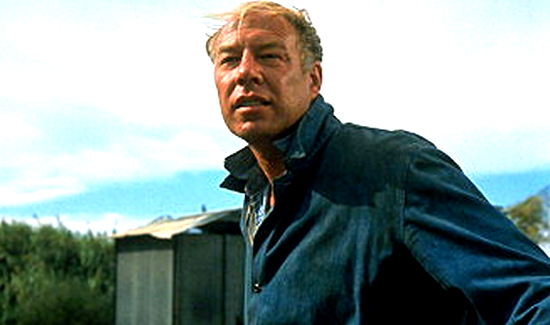 If you grew up watching “Police Squad!” on TV or are a fan of the classic western film “Cool Hand Luke,” today’s a sad day.

From our friends at the BBC:

U.S. actor George Kennedy, who starred in movies including ‘Cool Hand Luke’ and the ‘Naked Gun’ series, has died at the age of 91, his grandson has announced.

Cory Schenkel said on Facebook that his grandfather died on Sunday morning in the city of Boise, Idaho.

Kennedy won an Oscar in 1968 for Best Supporting Actor in ‘Cool Hand Luke.’

As well as the ‘Naked Gun’ comedies, he also made memorable appearances in ‘Earthquake’ and ‘Airport 1975.’

Kennedy’s daughter, Shannon Kennedy Sullivan, said on Facebook that she hoped people would ‘remember all the stories he told and the dumb jokes he loved to tell.’

‘He could always get a laugh and I will miss those but will cherish the little strips of paper he use to write them on when the family would go out to dinner.’

He served with the U.S. infantry during World War II, winning several decorations, and in the 1950s he worked for Armed Forces Radio and Television before moving to Hollywood.