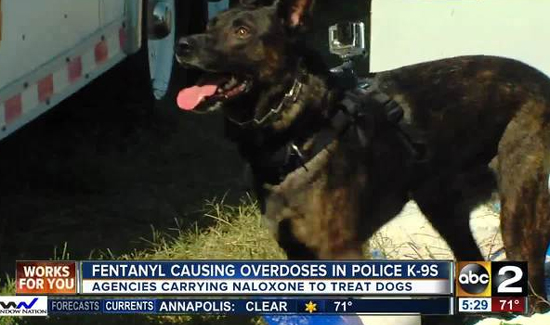 While some police officers and officials are opposed to the idea of cops carrying Narcan because they believe it’s a “soft on crime” approach, there is also the issue of officer safety, with respect to scenarios in which cops are exposed to dangerous levels of fentanyl or other opioids.

Via The Terrell Tribune:

On the national level several agencies have issued warnings about the dangers of exposure to law enforcement and other first responders, such as hospital emergency room workers. The National Institute for Occupational Safety and Health, the Drug Enforcement Administration and the Center for Disease Control have all weighed in recently citing the need for first responders to be protected.

“The medical effect of the opioid antagonist, which is usually administered as a nasal spray or autoinjector, has been likened to resurrecting someone from the dead,” AG Ken Paxton stated in his press release.

“We do not carry or issue at this time any opioid antagonist to our officers,” according to Interim Chief of Police Ken McKeown of the Terrell Police Department. “We currently rely on the training and experience of ambulance crews and medical first responders to administer Naloxone or similar opioid antagonist. We will be sending officers and jail staff to training on the use of Nasal Naloxone in the near future.”

“The Kaufman Police Department doesn’t carry Narcan at this time,” department spokesman Capt. Ed Black said. “We are checking into the possibility of carrying it. This opioid epidemic is too bad to ignore.”

Narcan is another name for naloxone, a man-made opioid antagonist which reverses the effects of opioids.