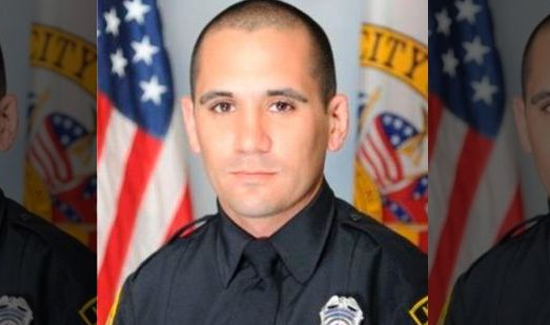 It started with a call about a dead woman in the road.

According to multiple media reports, former “Police Officer of the Month” Justin Billa with the Mobile (AL) Police Department was shot and killed in the line of duty yesterday.

Billa was shot by a murder suspect barricaded himself in his Alabama home, officials said.

Justin Billa had joined the force in January 2016 and won Officer of the Month in June 2016. (MPD)

According to FOX News: “Police quickly identified Hollie, the slain woman’s ex-husband, as a “person of interest” in that killing and went to a home in the Toulminville neighborhood associated with Hollie, Battiste said.