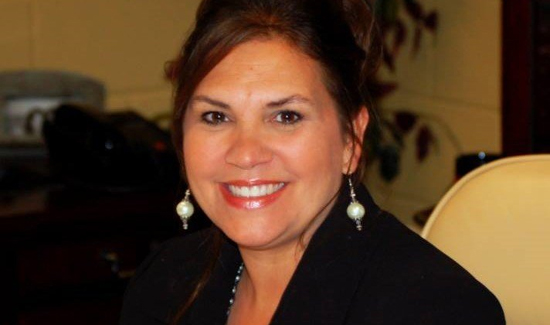 Morgan County, Alabama, Sheriff Ana Franklin wants a federal judge to let her keep as personal money any unspent funds that she receives for feeding inmates.

Although Alabama sheriffs in general are allowed to keep leftover food fund money, the Morgan County Sheriff’s Office has been excluded because of claims Franklin’s predecessor underfed the inmates in his care.

Franklin, who is embroiled in a legal battle with the Southern Center for Human Rights, is scheduled for a hearing at the federal courthouse in Decatur on Friday at 1:30 p.m.

At that hearing, the sheriff’s attorneys are expected to argue that a years-old consent decree in a lawsuit against the county does not apply to Franklin and she shouldn’t be held in contempt. The decree says the Morgan County Sheriff must spend all food funds on inmate meals. The decree was issued in 2009 after Franklin’s predecessor was jailed for contempt. Former Sheriff Greg Bartlett was dubbed “Sheriff Corndog” because he profited more than $200,000 while inmates ate corndogs twice a day for weeks. The consent decree stemmed from a 2001 lawsuit against the county and then-Sheriff Steve Crabbe by inmates decrying conditions inside the jail.

A court hearing was scheduled last month when the Center filed a motion saying Franklin should show cause for why she shouldn’t be held in contempt of the decree. The center argued that Franklin should have been held in contempt after removing $160,000 from the inmate food account. The sheriff loaned $150,000 of the money to a now-bankrupt, corrupt used car dealership, Priceville Partners, LLC, that was co-owned by Greg Steenson, a convicted felon.

That hearing, however, was canceled by U.S. District Judge Abdul K. Kallon after the Center and Franklin’s attorneys filed a joint stipulation of facts, in which the sheriff acknowledged her loan to the company came from the food fund and that she had replaced the money in the food account. Kallon later set the new hearing date to address the sole remaining issue of whether Franklin can keep unspent funds for personal use, according to court records.

In general, state law allows Alabama sheriffs to keep unspent food funds. In Morgan County, the sheriff receives $1.75 per day from the state for each Alabama inmate housed in the jail. The county also receives about $3 per meal for each federal inmate. The jail, which recently underwent a 450-bed expansion, now has the capacity to house more than 900 inmates.

It’s not clear where Franklin got the $150,000 replacement funds, as a bankruptcy lawsuit against.