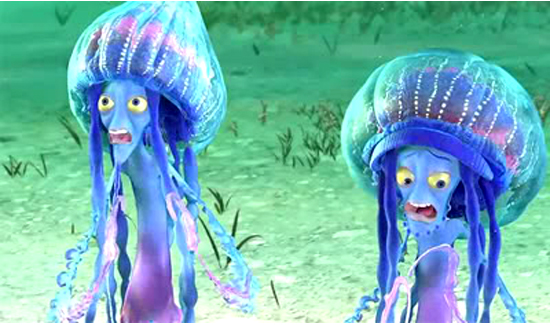 It’s a very scary world out there, but our fearless leaders are working hard to protect Americans from the very real and serious threats they face.

In Georgia, for instance, taxpayers can now sleep soundly knowing that it is illegal to mix human and jellyfish embryos.

Georgia State Rep. Tom Kirby says he doesn’t know if mad scientists are trying to create a human-jellyfish hybrid, but he’d rather be safe than sorry. Is mutant human/jellyfish bioengineering actually taking place in Georgia?

“I’ve had people tell me it is but I have not verified that for sure,” state Rep. Tom Kirby (R) told WSB-TV. “It’s time we either get in front of it or we’re going to be chasing our tails.”

Kirby makes a point of telling Georgians on his website that the glowing mutant threat is on the radar.

“The mixing of human embryos with jellyfish cells to create a glow-in-the-dark human, we say not in Georgia. This bill is about protecting Human life while maintaining good, valid research that does not destroy life,” the website states.

And now that the potential glowing, jelly-person menace is under control we can move on to even more serious issues like yoga pants—otherwise known as tights or leggings.

Montana State Rep. David Moore has introduced a bill that would outlaw any nipple exposure by men or women, along with any clothing that “gives the appearance or simulates” the buttocks, genitals, pelvic area, or female nipple.

Moore is reportedly still furious after a group of naked bicyclists rode through his town last summer.

And just for good measure, Moore is seeking to criminalize the wearing of Speedos in public. Obviously, this would put Montana’s competitive swimmers at a colossal disadvantage.

Moore has no idea how police would actually enforce the law.

All he knows is that people that dress in a way he disapproves of need to be arrested. It’s not like cops have anything better to do appears to be the thinking at play here.

A person convicted three times for indecent exposure in Montana could be sentenced to life in jail and fined $10,000.