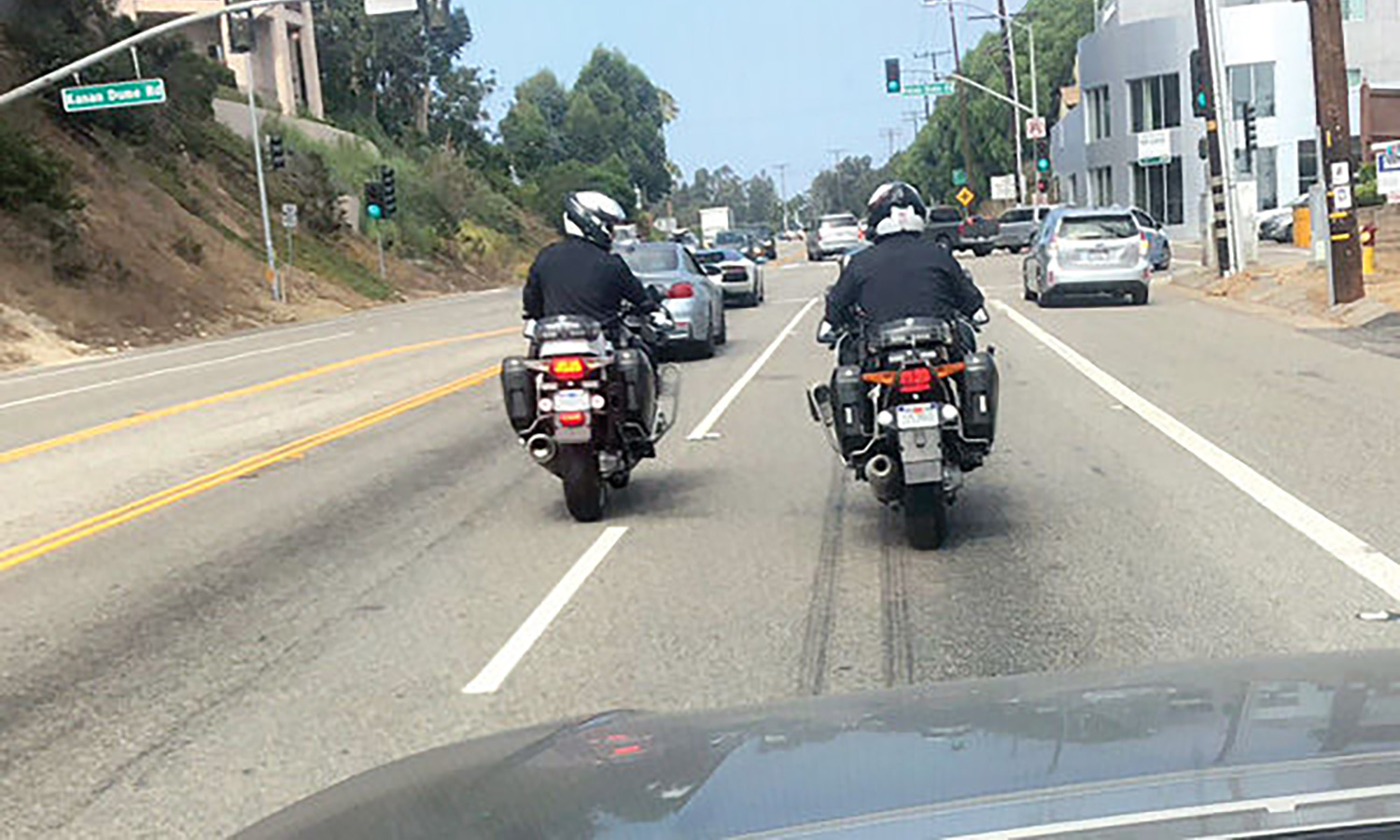 Drivers in exotic, high-end cars were escorted up Pacific Coast Highway by fake police officers. The group, driving at high speeds, stopped traffic numerous times for photoshoots—with no real officers to be found.

A Malibu resident, who preferred not to be identified, spoke to The Malibu Times about the surreal experience.

Soon after he pulled onto Pacific Coast Highway, he noticed numerous high-end cars—“not unusual in Malibu, of course.”

“While driving, these ‘policemen’ were all over the place, like in an emergency situation … the more I looked at them, I thought, ‘This doesn’t look like the Sheriff’s Department, doesn’t look like Highway Patrol,” he explained. “I started to look closer and closer. I don’t think these are real policemen, which seems rather odd, and they seem to be kind of leading this group.”

The resident then dialed 911 and was put in touch with the sheriff’s department. According to the resident, deputies believed it could have been the California Highway Patrol escorting someone through town and did not respond.

Still, the reasoning fails to explain the lack of police presence—from both the sheriff’s station and CHP—along the nearly 27-mile stretch of road. The source confirmed that he was on the phone with CHP for at least “over 10 minutes.”

At one point, cars were stopped at PCH and Webb Way—the “fake policeman” had closed off the intersection.

The resident approached one of around 10 guards, who was at that point off his motorcycle, to ask what was going on. All the guards were wearing identical uniforms, with a patch that said “officer.”

“These guys were carrying what appeared to be .40 caliber semi-automatic pistols,” he described, adding that they also had handcuffs and “all the things you wear as a policeman on a belt.”

When the group left the intersection, he followed them. The Malibuite once again called 911 and was patched through to the CHP; he specifically spoke to Public Information Officer Leland Tang. In real time, CHP ran the plates and confirmed that the motorcycle guards were not officers.

Though the spokesperson could not officially confirm the incident, stating “All I have is hearsay,” The Malibu Times obtained emails in which Tang stated that he would go after the police impersonators. Lt. Jim Royal of the Malibu/Lost Hills Sheriff’s Station was not available for comment Tuesday, to confirm the sheriff’s department was investigating.

The group stopped traffic at multiple intersections for what KBUU General Manager Hans Laetz referred to as an “exotic car photo shoot.” The motorists in question also took advantage of their escort to “drive at very high speeds,” according to the source.

The group of exotic cars was most likely headed to the Italian Stampede, “an exotic car rally,” according to its website. The event was scheduled to take place on Aug. 23, from 8-11 p.m., in Monterey Park. According to a social media post, the first leg of the trip to Monterey met at Gladstones at 7:30 a.m. that same day. The restaurant and the rally organizers were not available for comment at the time of publication.

“My understanding is that the issue was reported to the sheriff’s department and their watch commander was the person who received those calls,” Feldman said, “and since the issue happened, that CHP is handling the investigation, there’s been a communication with Lieutenant Royal on this … CHP has followed up on the issue.”

“It seemed like something out of ‘Smokey and the Bandit,’” the resident concluded.

Not unheard of. These companies use green lights instead of blue and read. But if they are out-riding then they’re going to get jammed up along with speeding and reckless driving. We will see if their company will pay their court fees. Lol