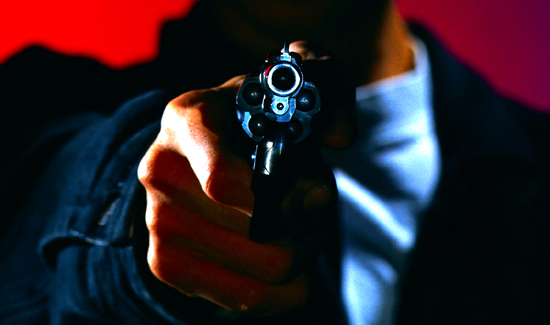 A makeshift memorial recently took shape in Jersey City (NJ) after a 23-year-old police officer, Melvin Santiago, was brutally gunned down in an ambush attack on July 13. However, the memorial was not for Officer Santiago.

It was for his assassin, a felon who had a long rap sheet and was wanted in connection with another homicide at the time he murdered Officer Santiago. Some said the memorial was a way to grieve for a lost friend or loved one. Others used it as a vehicle to express their distrust and hatred toward police. It has been reported that the cop killer walked into a drugstore in Jersey City, assaulted a security guard, stole the guard’s gun, and waited for police to arrive.

He boasted to a witness that he was going to be famous. When he responded to a burglary in progress call, Officer Santiago, who dreamed of becoming a police officer so he could serve and protect his community, was shot in the head before he got out of his patrol car.

He had been on the job for less than a year. Other officers returned fire, killing the gunman. Ambush-style attacks like the one that killed Officer Santiago have become a growing concern in recent years. The risk of being ambushed is a top concern among law enforcement officers and for good reason.

In fact, the average number of fatal ambush assaults against officers has nearly doubled compared to the last two decades. In 2010, the U.S. Department of Justice launched a training program for officers called VALOR. According to the DOJ website, the training was developed to address the increase in ambush-style assaults that have taken the lives of many law enforcement officers.

The program is intended to prevent and better prepare officers for violent assaults by providing critical training and technical assistance to state, local, and tribal law enforcement officers through a variety of delivery mechanisms. It also conducts and disseminates analysis of violent encounters in various forms, including after-action reviews and lessons learned.

More than 15,000 law enforcement officers have participated in VALOR training to date. Today, the VALOR training appears more important than ever. In a mid-year officer fatality report just released by the National Law Enforcement Officers Memorial Fund, the number of law enforcement professionals killed nationwide jumped by 31 percent during the first half of this year, compared to the same time in 2013.
Twenty-five of those officers were killed by gunfire—a 56 percent increase over last year’s figures—five of them in ambush attacks. Las Vegas has been particularly hard hit by this growing problem of targeted violence toward its police officers. “We’ve seen an unprecedented amount of suspects shoot at our officers this year,” Las Vegas (NV) Police Sergeant John Sheahan explained.

The Las Vegas Metropolitan Police Department has reported 11 officer-involved shootings so far this year, compared to seven during the same time last year. Certainly, the incident that put an exclamation point on that statement of concern occurred on Sunday, June 8, when a husband and wife walked into a Las Vegas pizza restaurant and opened fire at point-blank range on two uniformed police officers having lunch. Officers Alyn Beck, 41, and Igor Soldo, 31, were both killed.

Each left behind a wife and children. The suspect couple stripped the officers of their guns and ammunition and covered them with a yellow banner with a coiled snake above the words, “Don’t tread on me.” One of the suspects yelled, “This is a revolution.” Sergeant Sheahan and others in law enforcement are blaming this targeted violence against officers, at least in part, on an increasing distaste for government.

After all, they say, law enforcement professionals are the most visible and vulnerable symbols of government. That was the case in May of 2010, when West Memphis (AR) police officers responded to an “officer down” report. Two of their own, Sergeant Brandon Paudert—the son of the Department’s Chief of Police—and Officer Bill Evans, had been brutally shot and killed while conducting a traffic stop. A huge manhunt for the killers—reportedly a father and son team who were members of the Sovereign Citizens extremist group—immediately ensued.

After an intense gun battle that resulted in a sheriff and deputy being wounded, and some quick thinking on the part of Wildlife Officer Michael Neal, who used his department-issued truck to draw fire away from the injured officers, both cop-killers were pronounced dead at the scene. Although the gunfight took place in a busy parking lot, remarkably, no civilians were caught in the crossfire.

The injured officers in the gun battle credited Officer Neal with saving their lives for the actions he took that day. Officer Neal remarked, “I will tell you at one point during the shootout, I didn’t know if I was going to get to come home. It got that close.” Officer Neal has been praised for his actions that day by fellow law enforcement officers from around the state and across the nation.

When asked about his heroic actions, Officer Neal said, “I’m just a country boy from eastern Arkansas. Sergeant Brandon Paudert and Officer Bill Evans, who never made it home that day, are the true heroes.” Many will recall another heinous ambush attack on law enforcement professionals that occurred on Sunday, November 29, 2009, when Maurice Clemmons walked into a Pierce County, Washington coffee shop and opened fire on four officers from the Lakewood (WA) Police Department.

The officers were going over plans for their upcoming shift. The four officers killed that day were Sergeant Mark Renninger, and Officers Tina Griswold, Ronald Owens, and Greg Richards. None of the other civilians in the coffee shop were targeted or injured. All evidence in the case points to the fact that these four outstanding law enforcement professionals were murdered in cold blood simply because they were cops.

The assailant was later shot and killed while trying to pull a gun on a lone Seattle police officer who had confronted him on a city street in the middle of the night. Brian D. Wurts, President of the Lakewood Police Independent Guild, helped us all to have a better understanding of the four brave and devoted officers we lost on November 29.

He said Mark Renninger was “the go to guy for everything.  He was the most competent and tactically proficient man I ever knew in police work.” He called Ronnie Owens “the laid back dirt bike riding cop you would always want at a party or with you on any call.”

According to Officer Wurts, Tina Griswold “was the toughest little cop I have ever known.” Greg Richards was described as “a great cop who cared about one thing above all else, his family.”