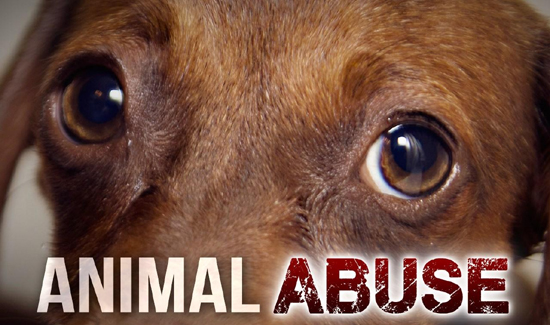 John Thompson is deputy executive director of the National Sheriff’s Association and the nation’s highest-ranking law-enforcement official fighting animal abuse. He knows about the obvious connection that so many so frequently miss completely.

Thompson says a history of animal abuse is a red flag the size of Texas.

“These are children that show early psychopathic tendencies,” said psychologist Dr. Randall Lockwood, senior vice-president at the American Society for the Prevention of Cruelty to Animals (ASPCA) and an expert in the correlation between animal abuse and other forms of violence.

“It is the absence of empathy and the inability to be sensitive to the suffering of others, whether it’s animals or people. And that’s one of the reasons why these two forms of abuse are often connected.”

Once you start going down the list of serial killers and others that started off abusing and killing animals the significance of animal cruelty as a predictor of extreme violence it’s not hard to see why this is such a big deal.

Devin Patrick Kelly beat a brown-and-white husky to death with his fists before killing 26 at the First Baptist Church.

Maybe you’ve heard some of the other names like Jeffrey Dahmer, Ted Bundy, Andrew Cunanan, the BTK Killer, The Night Stalker, the Boston Strangler, and the Son of Sam.

Close to 50 percent of mass shooters have a history of animal abuse.

But while there’s been a lot of good research, bureaucracies like law enforcement agencies are slow to respond.

“Anyone that can harm an animal is an evil person, and in my opinion, they have the potential to do anything.”

In 2014, Thompson founded the National Law Enforcement Center on Animal Abuse (NLECAA) to educate law enforcement officials about the link between animal abuse and violent crimes.

“We never did consider animal crimes,” Thompson said about his first 30 years in law enforcement. “We always thought it should be left up to animal control. We never made a connection.”

Maybe instead of giving overworked, underpaid and totally stressed out public school teachers M-4s and hoping for the best, we might want to acknowledge the obvious connection between cruelty towards animals and mass-shooters, serial killers and those still incubating.