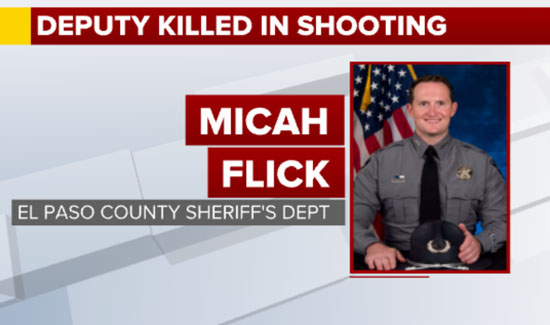 In Colorado, three law enforcement officers have been shot and killed since the turn of the new year.

The latest officer to be shot and killed was El Paso County Deputy Micah Flick.

“They encountered an adult male suspect, a struggle ensued and shots were fired,” Colorado Springs Police Chief Pete Carey said at a press conference at the hospital where Flick and the injured were taken. The lone suspect was killed, authorities said. “Deputy Flick was an outstanding member of my agency and he will be missed,” El Paso County Sheriff Bill Elder said.

“Tonight there is no distinction between our uniforms. State Patrol, sheriff’s office and the Colorado Springs Police Department, our hearts are all broken,” Chief Carey went on to say.