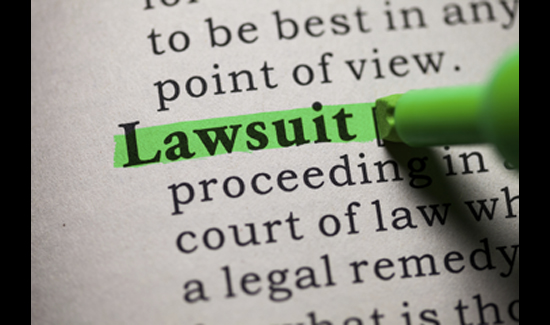 The courts have made clear that photographing police in the course of their duties is not a crime or an arrestable offense – so long as the person with the camera is not interfering with officers and is a reasonable distance away. But it seems like hardly a day goes by without a story about a “filming cops” related arrest.

The latest high-profile incident is out of Pennsylvania where a couple is suing three police officers, claiming their rights were violated during a confrontation captured on cellphone video which has since gone viral.

Kia Gaymon, 38, and her husband Michael Gaymon, 35, of Collingdale have filed suit against the borough as well as three police officers.

The incident in question happened last February 22. The couple alleges that when Mr. Gaymon’s mother visited their home she partially parked her car on their next-door neighbor’s curb. The neighbor called police and three Collingdale officers responded.

According to Mrs. Gaymon officers asked which one of them spit on their neighbor and questioned her husband in an unusually aggressive manner. The couple told the officer their neighbor was falsely accusing them.

Mrs. Gaymon decided to record the officer, whom she described as “very aggressive” as she stood outside her front door. The lawsuit claims the officer was demanding that she stop. The officer can be heard on the video telling Mrs. Gaymon that it was illegal for her to record him without his permission.

“He told me that if I continued to video he was going to come in my house and confiscate my phone and place me under arrest,” Mrs. Gaymon said.

And that’s just what happened.

In the lawsuit, Mrs. Gaymon accuses the officer of grabbing her, pushing her against the wall and holding his Taser against her chest.

The lawsuit states the second and third officers then placed Mrs. Gaymon under arrest and removed her from the home.

Mrs. Gaymon and her daughter were taken in separate vehicles to the Collingdale Police Station.

Both were held at the Collingdale Police Station and received citations for disorderly conduct.

“The actions that are described in the citation are for videoing the officer,” said the family’s attorney Jonathan Fienberg. “It’s not a crime.”

In 2012, the Department of Justice issued a letter stating individuals had a “First Amendment right to record police officers in the public discharge of their duties.”

Mrs. Gaymon and Purnell appeared for a trial on May 22. After hearing their testimony, the judge dismissed the charges against them.

Then they filed the lawsuit.

Gaymons’ lawsuit claims the officers, “had no legal cause to believe that any plaintiff committed any crime” and that they “maliciously initiated a criminal prosecution” against Gaymon and Purnell. The lawsuit also accuses the officers of illegally entering the home without a warrant.

NBC10 reached out to the Collingdale Police Chief. He told us he was advised not to comment on the lawsuit.

This is unfortunate and could have been prevented if the officers left their attitudes at the station and followed the complaint to the accuser and the accused respectfully in each other’s presence. As far as cameras are concerned, more often than not they will show the actual situation and will either confirm what the plaintiff states or back the officer. Cameras are objective and officers should not fear them if acting appropriately.