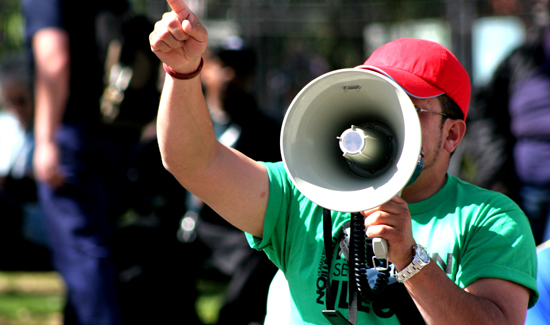 In Denver recently, it didn’t take police-haters very long to disrupt what was supposed to be a pro-police rally.

The pro-police rally rapidly turned into a clash between police supporters and anti-cop protesters.

Waving American flags and banners that said things like ‘blue lives matter,’ supporters say the rally was a show of mutual respect between the public and law enforcement.

“I support the police. They put their lives at risk every day. We would be absolutely lawless without them,” said police supporter Barbara Fallon.

“Heaven forbid if any of these people need to call any police officer, sheriff, law enforcement, where would they be,” said Susan Wheeler, a vocal supporter of police.

But the anti-cop protestors were not able to wreck the day entirely.

“In a time of increasing condemnation we owe them a measure of devotion and gratitude to those who continue to walk the heroes’ path,” said a speaker at the rally.

A rally organizer admitted that despite some heated exchanges and tense moments, he’s still happy with the way things turned out.

Despite the conflict and yelling, the clash was devoid of violence, and no arrests were made.