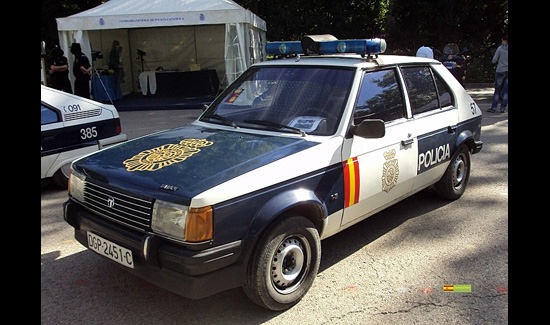 Evidently judges in Spain are having trouble telling the difference between defendants and law enforcement officers. So some are taking action. Cops in the northeastern city of Zaragoza have been told to cover up tattoos and stop wearing earrings during hearings.

According to FOX News, sources said an internal memo demanding a more professional appearance from officers went out to the rank and file just this week.

Police union spokesman Gonzalo de Miguel said he was shocked when he got the memo because this was the first time the issue of appearance standards had been brought up.

“It’s an outrage to say one could be confused with another (cop and crook) because of physical appearance,” he said “It’s gone down very badly in the force, as you’d expect. Because what it says is that officers lack cleanliness and that’s completely untrue,” he added.