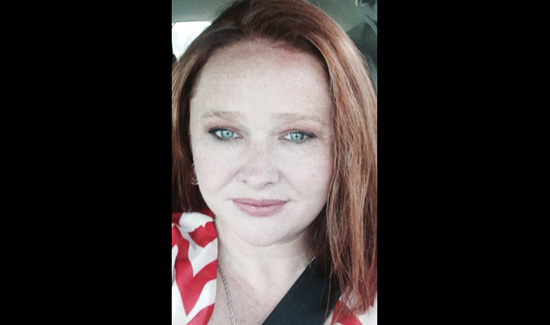 How long can you deal with death and trauma before it starts to affect you? How much death can you witness before it is all you see when you close your eyes? How long before you start looking for ways to numb the pain?

These are things I wondered about when recently writing stories about Trooper Josh Davies being arrested for driving under the influence.

I know this man. I have known him a long time.

I was shocked when I heard of his arrest for being intoxicated on the job. He is smarter than that. He is a good man. He is a good officer.

What he is accused of was wrong. If he is convicted of a crime he should be punished for it, but I think there may be a larger picture than the one we are seeing, and if that’s the case the finger of blame has other places to point.

Imagine this for a moment.

You are driving down the road. You come upon an accident. There are two vehicles involved.

You try to stop the bleeding of the 16-year-old driver who was thrown 53 feet from the car she was driving because she didn’t have a seatbelt on.

She is scared and so are you. She dies in your arms.

Everywhere you turn there is blood. You can’t look away. You have to stay.  You stay while the fire department cuts through metal to try to save the victims.

You stay while two people are taken to the hospital. You will have to check on them later.

You stay while three more people are picked up by the funeral home. You stay when the mangled cars are hauled away.

You speak to witnesses, you take measurements and you form a picture in your mind of exactly what happened so that you can write it all down.

Then you drive to the home of a couple you may or may not know and tell them that their child isn’t coming home tonight, all the while thinking of your own daughter safe in her bed.

You can’t go home to hug her and try to forget what you have seen because you still have paperwork to complete, victims at the hospital to see and another accident to work.

We ask law enforcement and medical personnel to have a robot mode that they can turn on and off at will.

We don’t want them to feel anything when they are at an accident scene, but want their empathy when we are pulled over for a speeding ticket.

What we are asking of them isn’t fair.

On the Thursday evening when this trooper was arrested I began making phone calls to verify facts.

The first thing I learned was that not a single law enforcement person had anything bad to say about him and they were all shocked when I told them why I was calling.

I was an officer’s wife and a dispatcher for more than a decade. I can tell you that officers will almost always defend one another outside the circle of blue, but if you are considered part of that law enforcement family, they will tell you honestly how they feel.

During the course of researching the news story a number of things came to light about Trooper Davies that I couldn’t put in the news story without identifying the people who gave me the information.

I think it is an important part of the bigger picture that could shed some light on a bigger problem.

These tidbits of knowledge from people who trusted me not to identify them lead me to believe that this trooper knew he had a problem and he asked for help. But he didn’t get it. Instead he was transferred to lake patrol.

I think he was an accident waiting to happen, and after talking with other folks I think some of the higher ups at the Oklahoma Highway Patrol knew it too. I don’t think they did anything about it.

Now those same folks are too involved in staying away from the scandal to admit that this tragedy possibly could have been prevented.

I know of at least two other troopers in the last decade who developed mental health issues because of the job. These incidents too were swept under the rug to protect their own.

Trooper Davies’ issue came to a head in a very public way and couldn’t be kept quiet.

It will likely cost this man his career, but it should also shed light on policies for helping law enforcement deal with mental health issues caused from trauma.

How long can you deal with death and trauma before it starts to affect you?

In this case I’m guessing about eight years.

As the public information officer for my department and for an agency that has dealt with a Line of Duty death, and two suicides all in 9 years, trauma does have an effect. Thank you for writing this. We need more of this.

I’m in Trooper Davies corner on this one. Having worked in the medical field for many years a couple of decades ago I know from experience how tough It is to deal with trauma and death every day. Law enforcement is one of the toughest and dangerous fields to work in…yet it can be very gratifying when everything goes well. It’s why it’s so sad to see the treatment law enforcement is receiving the greater St. Louis area and that Trooper Davies has not and may not receive the consideration and treatment he has earned.

It’s the absolute truth that this article holds. I’m not trying to say anything bad but if we treated our officers with the great deal of respect,care,support,and appreciation as our military,,,then things would prob be better.but no one in our military,fire, law enforcement,EMT/EMS,and other public safety and government departments should never have no where to turn for help. That’s insane! We need to help our own before they can help others.i think it’s one of the hardest jobs in the world and no wonder the divorce rate is so high amount them. I support our officers.