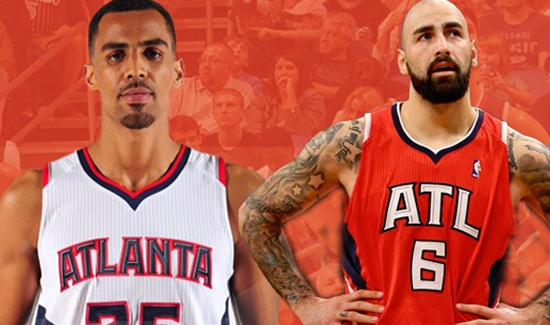 Atlanta Hawks players Pero Antić, 33, and Thabo Sefolosha, 30, were partying at a NYC club called 1Oak last April when a stranger got into a dispute with ex-Knick​s forward​ Chris Copeland and plunged a knife into his gut outside the club.

NYPD officers responded and wound up charging the professional basketball players with interfering with a criminal investigation.

Now, lawyers representing Antić and Sefolosha have made the unusual move of requesting the personnel records of all four officers involved in the incident.

“I’m asking the Court to consider in regard to Mr. Sefolosha and Mr. Antić providing the police records, police personnel files and police activity records for the four police officers involved in this arrest,” said defense lawyer Alex Spiro in Manhattan Criminal Court. “This is a highly unusual case.”

“Mr. Sefolosha and Mr. Antić claim that, without committing any unlawful act, they were approached and forcibly seized by the above-mentioned officers,” the filing states.