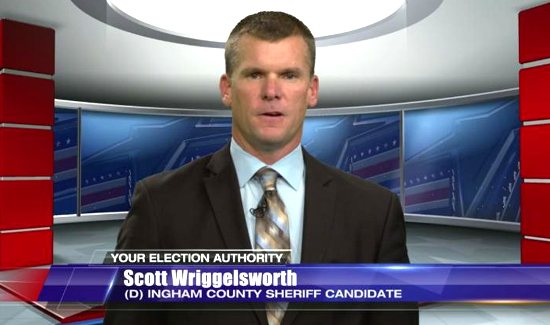 Via The Lansing State Journal:

Evidence issues at the Ingham County Sheriff Department that persisted for at least 10 years and led to the dismissal of 79 cases represented a “colossal failure in leadership,” Sheriff Scott Wriggelsworth told a group of county commissioners Thursday.

He said it’s impossible to determine which pieces of evidence were destroyed in a 2012 sewage leak and which were victims of poor record keeping because “the log was never kept correctly.”

Siemon said her office and the sheriff department have worked together to get to the bottom of the issue.

“This is not pleasant,” she said after the meeting. “But we’re going to fix it.”

Both Wriggelsworth and Siemon took office on Jan. 1, a few months after a September State Journal article revealed longstanding problems in the sheriff department’s evidence room and a failure to notify the prosecutor’s office and county officials of those problems.

Wriggelsworth’s father, Gene, who was sheriff for nearly three decades until his son was took office in January, attended the meeting but did not speak, and was not addressed by commissioners.