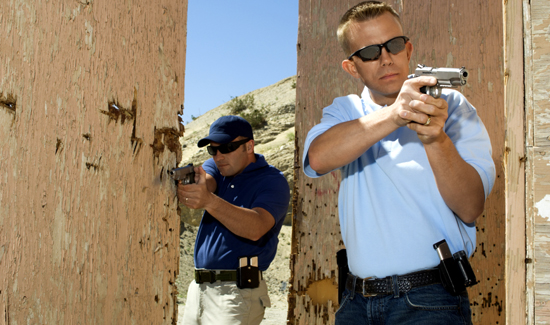 There isn’t really a part of a cop’s job that isn’t potentially dangerous. Unfortunately, that includes training.

After a Baltimore police academy instructor accidentally shot a trainee in 2013 at an abandoned state mental health facility, Baltimore police officials said top commanders didn’t know about the exercise, according to a recent article in the Baltimore Sun.

Sponsored by Horace Small: This video will make you proud! But that doesn’t line up with sworn testimony from police officers. In a sworn deposition that was recently made public, a training supervisor said that he personally informed former Police Commissioner Anthony W. Batts and his chief of staff that training would take place at the Rosewood Center in Owings Mills.

The deposition by Officer Efren E. Edwards, along with others, is shining a spotlight on a tragic mishap in which instructor William S. Kern shot trainee Raymond Gray in the head during an exercise that was supposed to involve paintball-like guns. Kern, who somehow used a live weapon during the exercise, was criminally charged, convicted, and sent to jail.

Gray lost an eye and remains in a rehabilitation facility. You hear the term “communication breakdown” a lot these days, but the testimony so far indicates that might be an understatement in this situation. The depositions reveal a complete communication breakdown at the highest levels of the agency, but that’s just one issue. Depositions also indicated that a police officer obtained keys to the facility without authorization from the state health department, which may have created massive liability issues.

Police testimony also shows that Kern thought the building wasn’t suitable for training, while some officers had concerns about his “temperament.” Gray, the injured officer, is suing the Police Department, Batts, Edwards, Kern, and Eric Russell, who was the head of training at the time. Baltimore Police supervise training for many smaller agencies in the region.

Gray, for instance, was training to be a University of Maryland campus police officer. Gray’s attorney, Mr. Rabineau says the city, is trying to cover up the incident. “The city would have you believe that the higher-ups in the Police Department had no knowledge of this, but there’s direct evidence through the depositions that they knew exactly what was happening.”