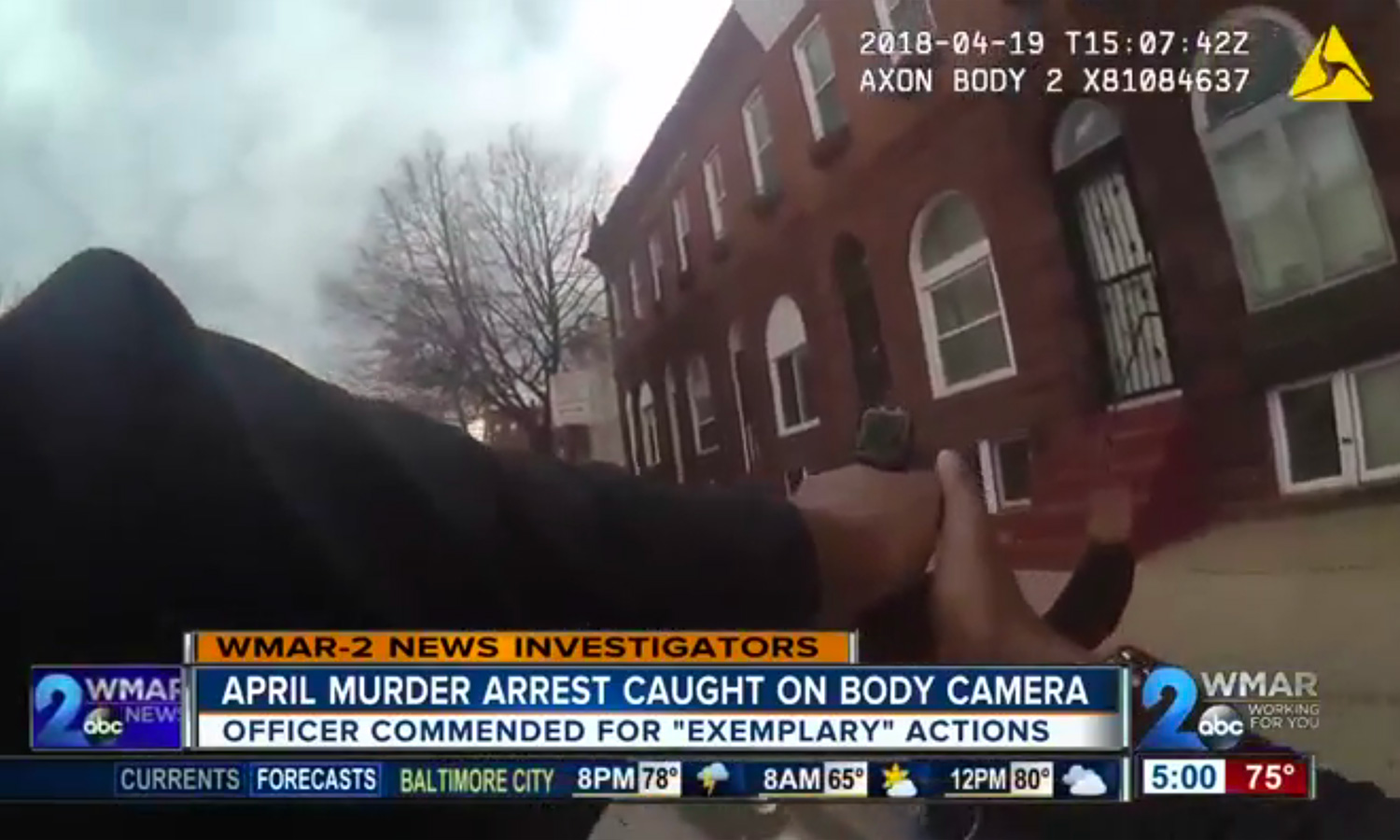 It was April 19th in the late morning.

The officer was in the 1700 block of North Regester Street in Baltimore’s Broadway East neighborhood dealing with a landlord-tenant dispute.

Then, moments later with the officer’s body camera activated, a deafening spray of gunfire from just a half a block down.

The officer immediately ran toward the sound.

As the shots give way to a woman screaming, the officer peeks down the cut and then rounds the corner to see the suspect emerge onto Lafayette Street.

The suspect complied and as the officer got the man in custody, he called it in as an on-view shooting.

He told other police arriving that he thinks the suspect is the one he saw shooting.

That suspect is 17-year-old Eric Gilyard who told the officer on this video that he was just on his way to North Avenue.

“I was walking up the alley to walk up north avenue bro and I heard some sh** so I started running.”