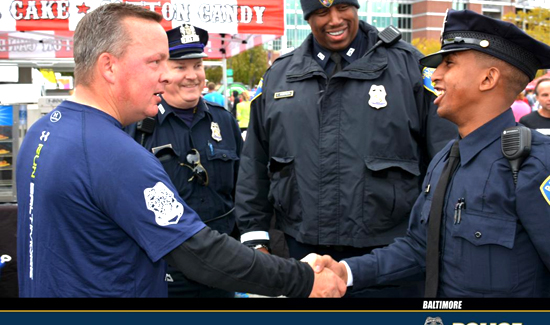 The Baltimore police department committed to a sweeping overhaul of its practices Thursday under a court-enforceable agreement with the federal government.

The Justice Department agreement , which was approved by the city government and will now be submitted to a judge, mandates changes in the most fundamental aspects of police work. The agreement, known as a consent decree, is the culmination of months of negotiations with the federal government and is meant to correct constitutional violations identified in a scathing report released last year.

The filing of the agreement, in the waning days of Attorney General Loretta Lynch’s tenure, is meant as a capstone for an administration that has made civil rights enforcement a key priority and that has pursued similar consent decrees with other large American police forces.

“Through this agreement, we are moving forward together to heal the tension in the relationship between (the city police department) and the community it serves,” Lynch said at a news conference announcing the agreement.

The agreement is intended to be remain in place long after Lynch leaves office, though civil liberties advocates are concerned that Sen. Jeff Sessions, the Alabama Republican who’s been nominated to replace her, may not look to enforce consent decrees with the same vigor.

The Justice Department began investigating the Baltimore force following the April 2015 death of a young black man who was fatally injured while in the custody of officers. Its report last August found that officers were routinely stopping large numbers of people in poor, black neighborhoods for dubious reasons, and unlawfully arresting residents merely for speaking out in ways police deemed disrespectful.

The consent decree is meant as a remedy for some of those same problems.

It discourages the arrests of citizens for quality of life offenses, requiring a supervisor to sign off on any request to take someone into custody for a minor infraction, and also mandates basic training for making stops and searches.