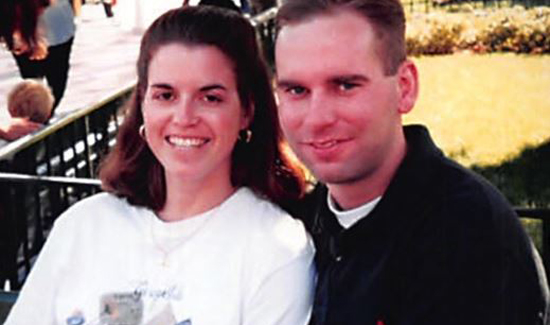 The widow of a fallen Bay Area Rapid Transit (BART) police officer has brought a case against the department asserting that a lack of proper training and managerial support led directly to her husband’s tragic death at the hands of a fellow officer.

Sgt. Tommy Smith was killed in the line of duty during the search of a robbery suspect’s residence when an officer on his team accidentally shot him in the chest.

Smith, a 24-year veteran on the force, which is responsible for policing the Bay area public transit system, had repeatedly requested additional training for building searches for his team of officers.

These requests were consistently denied by the BART Police Department led by Chief Kenton Rainey and Deputy Chief Benson Fairow.

Sgt. Smith’s wife, Det. Kellie Smith, a 20-year veteran with the BART PD herself, alleges in her lawsuit that officers’ requests for training were repeatedly rejected by Deputy Chief Fairow, who called them a “bunch of pussies” for requesting additional training and SWAT backup when performing particularly dangerous, high-risk assignments.

In an unusual move, Kellie wrote an open letter to BART management, explaining her frustration with their inaction and continued refusal to allow changes in training policies to occur.

In her letter, Kellie wrote the following:

“As an officer at BART for 20 years, I have deep loyalty to the BART Police Department and its officers. It is out of concern for these officers that I must speak publicly to BART, its Board of Directors. and management. I have attempted to confidentially address my concerns only to hear denials, a refusal to take responsibility, and a refusal to make necessary changes for officer safety and public safety.”

Detective Smith’s lawsuit asserts that BART management has instigated the practice of de-emphasizing the use of SWAT while also denying patrol officers the necessary training that would allow them to conduct tactical assignments correctly and safely.

These policies, she says, led to Tommy’s tragic death—an accident that could have been easily avoided had the officers received the support they needed and asked for.

Tommy Smith had long been aware the dangers this lack of training posed for officers, and he was convinced that the department’s policies were endangering his life and the lives of his team.

Kellie recalls one night when her husband woke her up when he got home from patrol. He was immensely frustrated with the lack of support his team was receiving from BART management.

“My husband said to me, ‘If anything happens to me, I want you to sue . . . BART and Fairow.’ My husband’s words will stay with me forever. I cannot let this situation and his concern for his fellow officers go unanswered.”

Eustace de Saint Phalle, from the law firm of Rains Lucia Stern, is lead counsel on the case. He noted that it was the lack of training that ultimately led to Detective-Sergeant Smith’s tragic death.

“Not only did Tommy himself foresee and fear this outcome, but this catastrophe could have been easily prevented,” Saint Phalle said.

Due to the BART administration’s refusal to implement necessary changes to the training program that would reduce the possibility of this terrible instance occurring again, Saint Phalle said Kellie felt she had no choice but to file a lawsuit against BART.

Kellie Smith hopes that by bringing this action the administration will have to change their policies, so that BART officers can do their increasingly difficult and dangerous job correctly and safely with the support they deserve.

The lawsuit also seeks to obtain fair compensation for Kellie and their daughter. It also seeks an injunction against BART and its management to ensure officers have the right to obtain SWAT supervision and additional training when required to do building searches of dangerous warrant serves that pose a danger to the public as well as the officers.

In a recent twist, management for the BART Police Department has decided to eliminate its SWAT team shortly after the filing of this lawsuit.

“This recent move by BART would appear to confirm Kellie Smith’s fears and other officers’ fears that BART was intentionally de-emphasizing the use of SWAT in order to justify eliminating the SWAT team so that the department could save money. Officer safety should never be reduced to a cost-savings decision,” Saint Phalle noted.

Cynthia Brown is the publisher of American Police Beat.