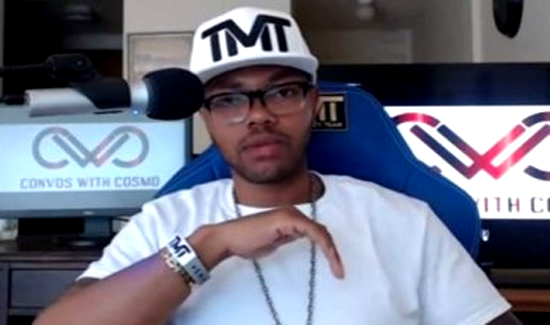 The Louisiana gunman who shot at a half-dozen Baton Rouge police officers Sunday, killing three of them, reportedly assumed an outspoken persona online who railed against the police and the shooting death of Alton Sterling.

Law enforcement sources told The Advocate that Gavin Eugene Long’s military records matches that of a so-called “spiritual advisor,” life coach and author named Cosmo Setepenra. The persona claimed to have been in Dallas during the protests of the deaths of Sterling and Minnesota man Philando Castile.

Long served in the U.S. Marine Corps for five years, starting in 2005. He was deployed to Iraq in 2008, according to The Advocate.

The paper reported that he posted a video in a YouTube series called Convos with Cosmos titled “Protesting, Oppression and how to deal with Bullies,” where he talked about Sterling’s death and the protests that came after it.