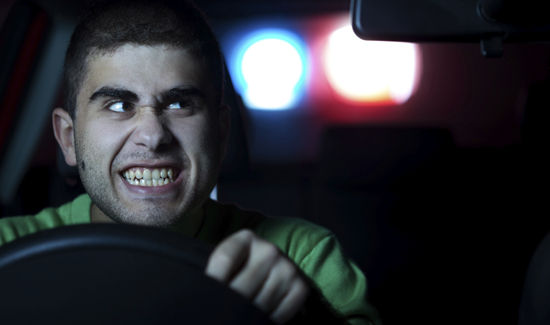 The term “stand off” generally implies that the two parties in conflict are in fact at the same location.

But in Indiana, during a standoff between Terre Haute police officers and murder suspect Michael R. Reynolds, 36, the suspect went to Walmart.

Then he came back.

Reynolds, 36, is accused of fatally shooting Amanda Kerns, 40, on March 5. Investigators say they believe the shooting was the result of a prior domestic violence incident.

Dozens of Terre Haute police officers surrounded the residence during a 20-hour standoff until Reynolds was later shot and killed by state police SWAT officers.

But new information indicates that at some point during the standoff, Reynolds some how got past the police perimeter and went shopping at Walmart.

Officials say Reynolds escaped through a basement window that was out of police view.

“He could have very easily killed someone else. I’m upset that he got out of that perimeter, absolutely. But I’m more thankful that something else bad didn’t happen.”

Must have been pretty wild when the guy came back.