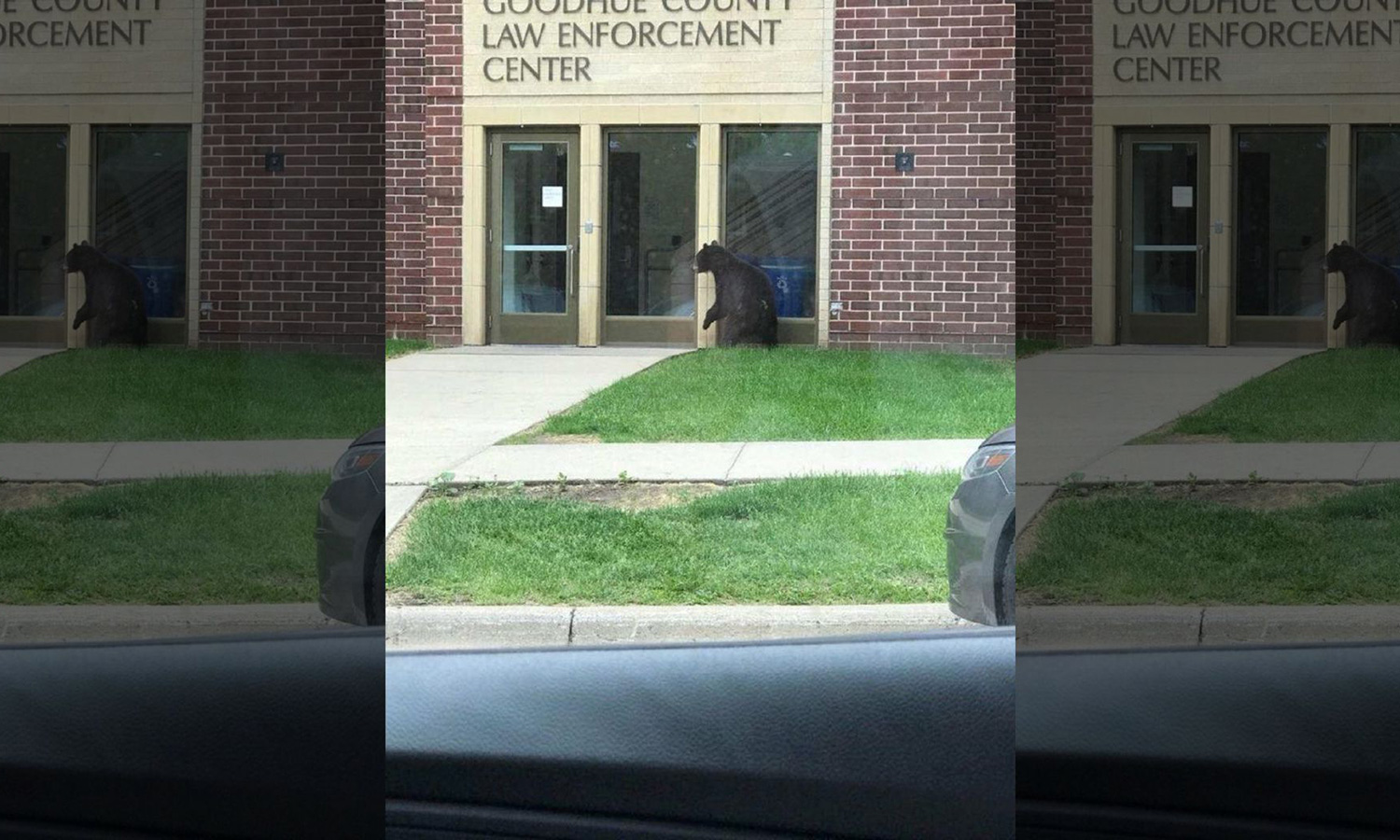 A “friendly visitor” stopped by a Minnesota sheriff’s office on Friday, authorities say.

“This morning we at the Goodhue County Sheriffs Office had a friendly visitor looking for some of Hanish’s delicious donuts… a few blocks short,” it said Friday.

The sheriff’s office said the bear’s trip was a short one.

“No worries to the public as black bears are skittish and this one left the area as fast as it arrived,” it explained.

“Fighting for his right to bear arms….,” a user wrote.

“Maybe he just wanted to file a report…..” another quipped.