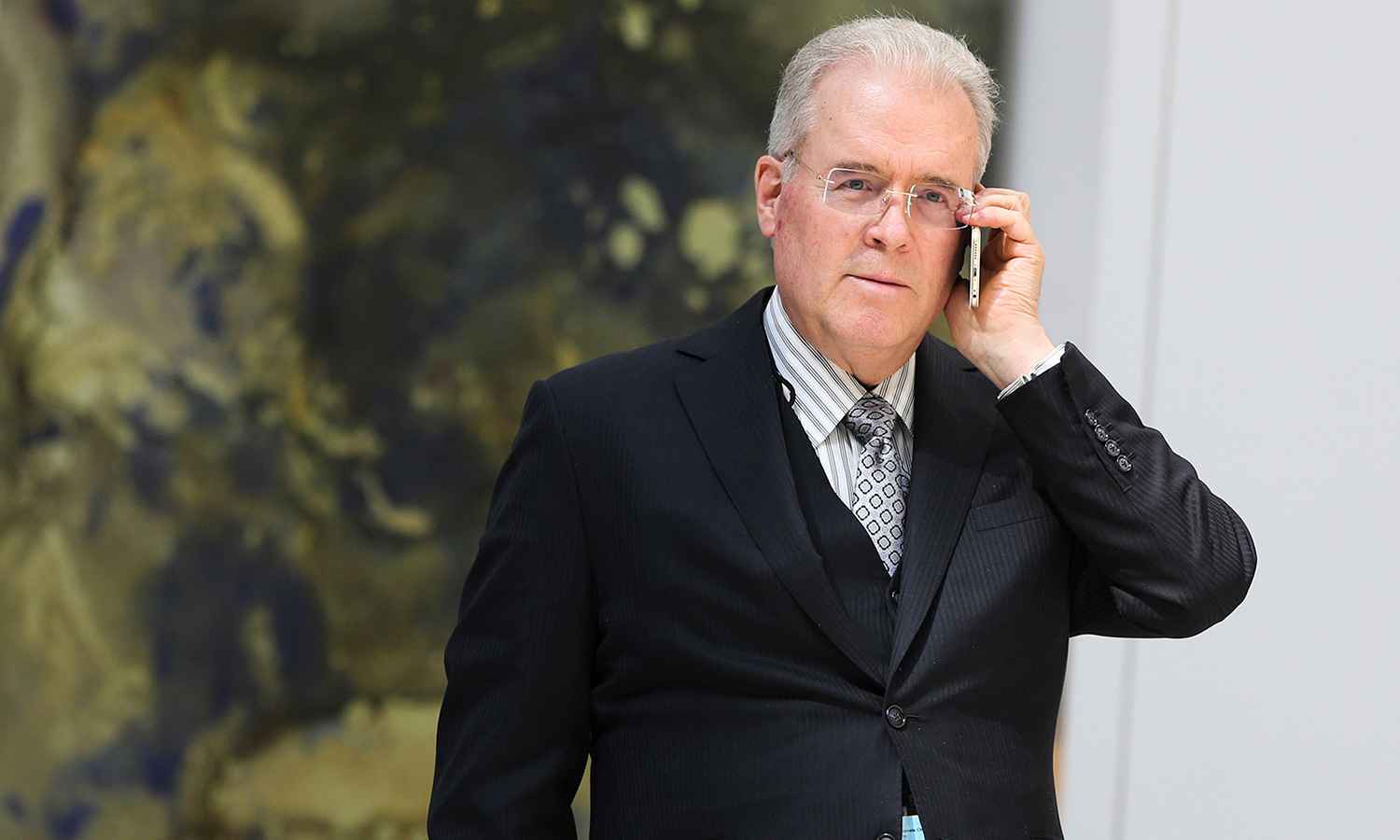 Robert Mercer, turn in your badge. There’s a new sheriff in town.

The New York hedge fund magnate and conservative donor had his status as a volunteer deputy sheriff revoked by Yuma County, Colorado, Sheriff Chad Day on Monday, his last day in office. Day lost his re-election bid last year after Bloomberg News reported on Mercer’s role and his purchase of a new pickup truck for the sheriff’s official use.

The arrangement provoked controversy in the prairie county that borders Kansas and Nebraska. Day submitted papers last week ending the appointments of Mercer, 72, and at least a dozen other volunteer posse members, effective Jan. 7, according to documents signed by Day and filed with the county clerk. Day also revoked the appointment of William Koch, 78, though a spokesman for the billionaire industrialist said he was never a posse member.

County records that became public in recent months show that four Mercer associates, including a bodyguard who says on LinkedIn that he’s a former “Cuban Special Operations Commander,” had also received badges from Day and that the value of Mercer’s donations of cash and equipment to the sheriff’s office totaled more than $135,000. Mercer declined to comment, and Day didn’t respond to multiple inquiries.

Some firearms enthusiasts seek out volunteer police badges to take advantage of a 2004 federal law that allows officers to carry a concealed weapon anywhere in the country, trumping local gun regulations. Since the law’s passage, several police and sheriff’s departments have been found trading badges for cash.

Mercer owns one of the world’s largest private collections of machine guns. For about six years ending in 2017, Mercer had a police identification card from tiny Lake Arthur, New Mexico, that came with national concealed-carry rights, known as H.R. 218. That all-volunteer department, which had handed out more than 300 badges over several years, was disbanded after Bloomberg News reported about it last year.

Yuma County has never disclosed whether Mercer and his associates were given H.R. 218 privileges. Day’s successor, Todd Combs, who took office Jan. 8, didn’t respond to inquiries.

In an interview last March, Sheriff Day said he awarded some posse members H.R. 218, but he declined to say which ones. He said he never traded donations for badges.

Mercer is a computer scientist and the former co-chief executive officer of Renaissance Technologies LLC, a hedge fund based in East Setauket, New York. He rose to prominence as a key donor to President Donald Trump and the financial backer of Breitbart News and the political data firm Cambridge Analytica.

Koch, who lives in Palm Beach, Florida, was never a sheriff’s deputy, according to his spokesman, Brad Goldstein. Koch did meet with Sheriff Day in Florida in 2017, Goldstein said. During the meeting, the sheriff asked for a donation and offered an honorary posse membership, conditioned on passing a handgun test, Goldstein said.

Koch wasn’t interested in the membership, never took the test and doesn’t remember making a donation, Goldstein said. Instead, Koch allowed the sheriff to bring members of a youth group to the replica Old West town he built in another part of Colorado, Goldstein said.

“He was never on any posse,” Goldstein said. “He’s got all the gun licenses he needs.”

Day formed the posse in 2014, pitching it to county officials as a way to get free help policing a county of about 10,000 people spread over more than 2,000 square miles of prairie. Not all his appointees were positioned to assist on short notice. Member Dudley Brown is the head of a gun-rights group that supported Day’s election campaigns and is located four counties away. Another member, Day’s brother-in-law, lives in Missouri. Both men had their appointments revoked this week.

In 2016, a foundation Mercer controls bought the pickup truck for Day’s agency. The foundation’s goals include educating local police forces about H.R. 218. At a county meeting, Day reported that he’d connected with Mercer through Brown, according to minutes of the meeting. It was a nicer truck, Day remarked, than the county would have spent its own money on.

That November, county records show, Mercer and four associates took oaths of office in Yuma, swearing “before the ever living God” to support the U.S. and Colorado constitutions. The crew included a Mercer son-in-law and three employees with backgrounds in bodyguard work, including the Cuban veteran; a self-described martial arts master; and a former Army Ranger whose LinkedIn page says he once guarded Afghan president Hamid Karzai.

The Cuban, Julio Garcia, had recently accompanied Mercer’s daughter Rebekah to the 2016 Republican convention. Garcia’s LinkedIn page boasts of training by Russian and Vietnamese special operations forces. An essay posted on a martial-arts website says he once served as a bodyguard to Fidel Castro. Garcia declined to comment.

Asked about Mercer and his associates last year, Sheriff Day said he couldn’t discuss posse members because some of them were performing undercover work infiltrating Mexican drug cartels. A lawyer for Day later confirmed Mercer was a posse member. After Bloomberg News published a story about it, Sheriff Day issued a press release calling it “fake news.”