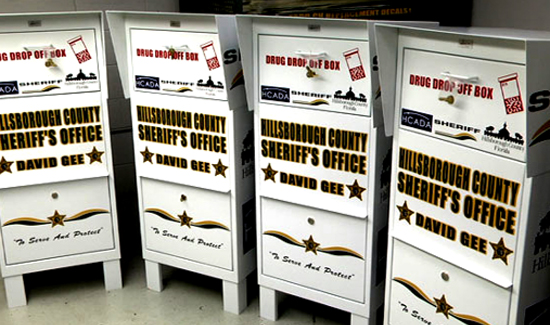 As far as old sayings go, “no good deed goes unpunished” is one of the all-time greats.

Take, for instance, the concept of the prescription drug “drop-box.”

Are you worried your medication has expired? Has one of your teenage kids developed a nasty Oxycontin habit after you threw your back out and got some pain pills? Just bring the bottles to the police station and drop them off anonymously in the 24-hour prescription drug drop-box.

In Vermont, Winooski Police Department officials are rethinking their drop-box initiative after revelations that withdrawals were being made in addition to deposits at a neighboring agency’s drop-box.

A detective at the nearby Colchester Police Department admitted to investigators in November to taking prescription narcotics from that station’s drop-box.

One of the problems with the well-intentioned effort was record keeping.

The Colchester police had no system in place to determine when the drop-box’s contents was placed in the evidence room.

“I would like to think that every community trusts their police officers, but it’s events like that that break down trust,” said Lt. Kraig LaPorte of the state police Drug Diversion Unit. “Unfortunately, one bad egg spoils the whole bunch.”