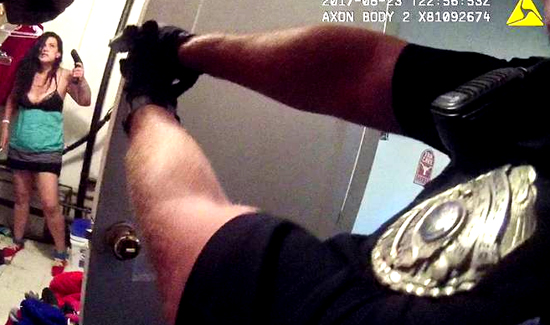 In Kansas, police were forced to shoot a mentally disturbed woman that was threatening officers with a firearm.

The shooting was captured on police body cameras.

In the video the woman can be seen shouting and trembling in a small room with a gun in her hand. At one point she pointed the weapon at officers after refusing repeated commands to drop the gun.

The shooting was ruled justified by a local prosecutor.

“I’m a prosecutor, not a police tactician,” Johnson County Chief Deputy District Attorney Chris McMullin told Indy Star reporters. “Our sole determination is (to assess) were their actions justified under Kansas law. … We don’t ask, in the spectrum of options police have, did they choose the best course of action.”