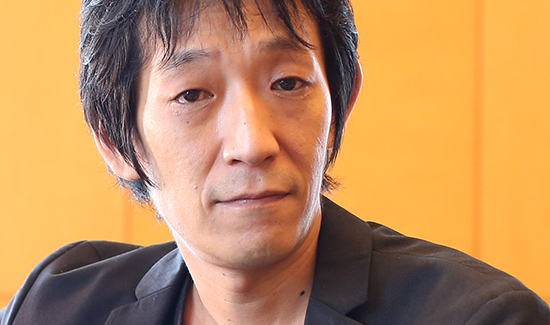 American Police Beat is pleased to bring you an excerpt from the new crime novel “A Cop’s Eyes,” by author Gaku Yakumaru. Find it wherever books are sold, or at www.vertical-inc.com.

Here’s a note from the author:

The novel’s protagonist is called Nobuhito Natsume. In Japan, Nobuhito is a fairly popular first name, written with the characters for “believe” and “person.” I imbued my protagonist with the thought behind that name. He’s a detective that investigates serious crimes, including murders, but has a unique background. In college he aspired to become a teacher. After a teen boy he befriended broke the law and was arrested by the police, he was moved to pursue a career in the reformatory system. When he is pushing 30, though, he decides to become a cop.

A man doing his utmost to understand and rehabilitate troubled teens switches to a profession that requires him to doubt people—why? It has to do with a tragedy that his family suffers. At the same time, even as a cop, he doesn’t stop believing in people. While solving cases with his trademark sharpness, he continues to cast a stern, but not cold, gaze on the people involved.

“Hate the sin and not the sinner.” We have such a saying in the Japanese language, too, and while it can seem impossible at times, Natsume is a detective who tries to embody that sentiment. — A Cop’s Eyes author Gaku Yakumaru

So, that’s the crime scene—Wataru Nagamine spotted the patrol cars parked in front of the condominium and decelerated. He got out of his car and looked around to see many onlookers gathered outside the cordoning tape.

“Nagamine, Investigation Section One.” Flashing his police badge at a uniformed officer he passed under the tape. Once in the condominium, he headed to Room 308, which had been turned into a crime scene.

A length of tape barred entry to Room 308, too. To the side, a suited man was listening to a young woman and taking notes. He was likely a detective from the local precinct.

“I’m Nagamine from Investigation Section One,” Nagamine called out to the man. “Can we go in?”

“Thanks for your trouble. Forensics is done, so yes.”

Nagamine put on white gloves and the shoe covers deposited inside the front door and made his way into the apartment.

On the right side was the kitchen, and on the left, the bathroom. Ahead was a medium-sized Western-style room. Subsection Chief Yabusawa was standing next to a bed that lay along the wall.

When Nagamine called out “Cheers,” Yabusawa turned around, parroted the greeting, and immediately looked back at the bed. Nagamine approached him and cast his eyes on the dead woman on it.

Beneath her open bathrobe, she was stark naked. Her age…late twenties? Bringing his face close to hers, he saw that it was engorged with blood and that her eyes showed signs of hemorrhaging. He could also identify choke marks on her neck.

“A crime of passion. . .or thereabouts.”

“Likely,” Yabusawa said and pointed at a trash can in the corner. “We found a used condom. Hopefully the lady wasn’t too loose…but do question the tenants in this complex for the time being.”

When Nagamine exited the room with that order from Yabusawa, he eyes met with the detective who’d been speaking with a woman.

Had he met the man somewhere before? Nagamine thought he recognized his face.

“I’m Natsume from the East Ikebukuro station. This is Ms. Watanabe, who discovered the body.”

Even after hearing the man’s name, Nagamine couldn’t remember. “Could you share your account with me, too?” he requested of Watanabe, and the agitated woman related the conditions in which she found the victim.

The victim’s name was Ayano Sakurai—

Even though Ayano had important work that day at the Ikebukuro travel agency which employed her, she never showed up.

There was a business matter that only Ayano knew about, so they called her to get her immediate confirmation but couldn’t reach her. Since Ayano was never late or absent without permission, Watanabe visited her room fearing that her colleague was sick.

“And when you arrived, the door was unlocked?” Nag amine asked, to which Watanabe nodded and replied, “Yes…”

“We’ll likely ask you to tell us again at the station, thank you. Detective Natsume…can we do these interviews together?”

Nagamine and Natsume went around the condominium questioning the tenants.

Both next-door neighbors were out. Although two residents on the third floor were able to oblige, they hadn’t noticed anything particularly unusual.

“Now that you mention it… Last night, I heard something like an argument from downstairs,” testified the resident in Room 408.

“What time was it… Hmmm… Around nine, I think?”

Nagamine looked over his shoulder. Natsume was taking it down. “Do you remember what they were talking about?” Nagamine pressed.

“I don’t remember… It was a high-pitched woman’s voice… ‘Who’re you to be blaming me?’ or something along those lines, I think… Sounded like a lovers’ quarrel.”

A crime of passion, after all—

An investigation headquarters was established in the East Ikebukuro station assembly hall, and the detectives filtered in.

Nagamine raised his face at the voice to see Natsume standing there. The man sat down next to him.

Was he going to be Nagamine’s buddy until investigation headquarters were dissolved?

“Natsume… Had we met before at some other crime scene?” Nagamine asked what had been bothering him.

Natsume seemed lost in thought for some time.

“What about before here?” Nagamine had never handled an East Ikebukuro precinct case until now. Maybe it had been in a different jurisdiction.

“No, I’ve always been at East Ikebukuro.”

This was surprising. Nagamine had assumed that they were the same generation, but maybe Natsume was much younger than he looked.

The same age as Nagamine—but serving at the same station until you were thirty-eight was rare.

Sensing his doubt, Natsume explained, “I entered the police academy when I was thirty.”

“I’d been in the community section, but was assigned to the detective unit a year ago.”

So the guy was a rookie.

An underwhelming buddy—but all Nagamine had to do was take the initiative in the investigation as usual.