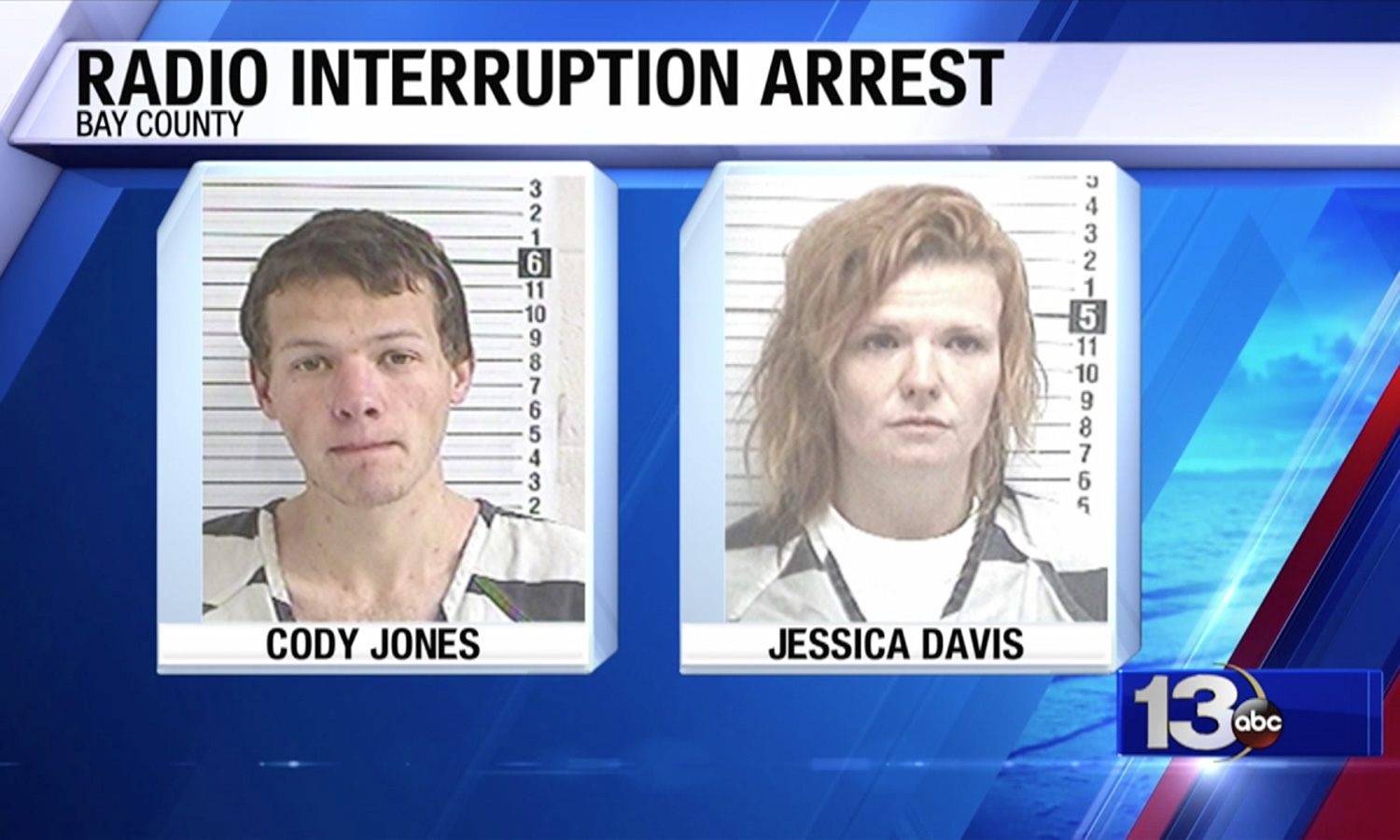 Law enforcement agents became suspicious in December. That’s when they say Cody Jones of Southport created fake emergency situations on their radio system. According to the arrest affidavit, Jones identified himself on the radio as “19,” the same ID as an actual Bay County sheriff’s deputy. Investigators said he asked dispatchers for classified information regarding Jessica Davis of Callaway. When the dispatcher asked Jones for a code to confirm, he went silent. Investigators questioned Jessica Davis and her involvement, and at first they said she denied knowing anything about it. Later they said she admitted she knew of the plan all along.

Jones didn’t target just Bay County. Similar incidents happened with the Washington County Sheriffs Office and Panama City Police Department. At one point he even shut down Washington County Sheriffs office dispatch system remotely and communicated with them that he quote “would leave them alone if they left him alone.” When deputies arrested Jones they found a sheriffs office badge and loaded hand gun.

Jones told investigators he purchased equipment online and research how to do it. He told them the reason for doing it was boredom. Jones and his accomplice, Davis, face several charges.