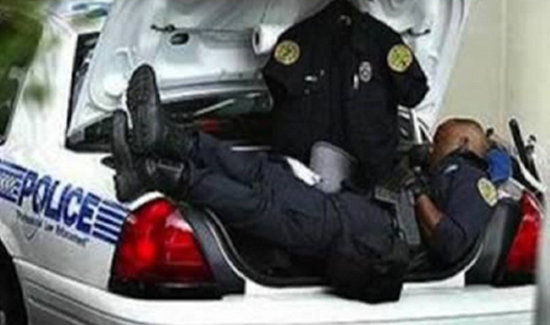 Via the Boston Herald:

Boston police officers and detectives earned millions of dollars in detail pay last year—with 17 pulling in more than $100,000—in what some law enforcement experts warn is risky on-the-beat behavior that can lead to fatigue, potentially placing the public and even the cops in danger.

“If you’re fatigued and exhausted, the potential is there to not be as sharp as you need to be, to injure yourself and injure other people,” said Tom Nolan, an associate professor of criminology at Merrimack College in North Andover and a former Boston police lieutenant. “If you’re not 100 percent, the price that’s paid is not only paid by the public but by the officer. It definitely bears watching. It should be and is a concern.”

Detail pay is based on rank, with officers and detectives making $50.60 per hour of work, and detail assignments require a minimum of four hours’ pay. The companies hiring detail officers pay their costs, and officers and detectives are allowed by contract to have a maximum of 90 hours worked per week, which includes regular shifts, details and overtime.

Officers can often be required to work overtime to cover shifts, Nolan said, meaning detail work adds even more hours to busy weeks. Lois James, an assistant professor at Washington State University who has studied sleep deprivation in police, said the 90-hour ceiling is high and could lead to fatigue on the job.

And that can affect officers’ health and public safety, James said. She said chronic fatigue has been linked to poor heart and mental health and a shorter life expectancy, and she added her research of police officers has shown fatigue is “intimately connected with collision rates.”

Why don’t you pay them what they areally worth? They risk thier lives protecting people,pick up dirty syringes, wrestle homeless people work nights weekends and holidays. You force them to live in an expensive city, If the salary was better they wouldn’t have to work as many hours.