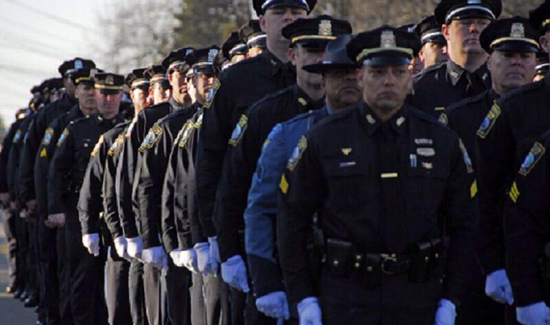 One hundred Boston police officers and eight members of the command staff are wearing body cameras, after a judge denied a request from the Boston Police Patrolmen’s Association (BPPA) to halt the pilot program.

Judge Douglas H. Wilkins ruled that Boston Police Commissioner William B. Evans had the authority to order officers to wear the cameras after no volunteers stepped forward.

The BPPA expressed disappointment after Judge Douglas Wilkins denied the Union’s motion for a preliminary injunction. The BPPA had sought the injunction to preserve the status quo while the parties went to arbitration over the union’s charge that the city had violated the agreement that the pilot program would be voluntary.

“I am disappointed in the court’s ruling,” said BPPA President Pat Rose, “but I still believe asking for the injunction was the right thing to do. If we don’t fight to preserve our collective bargaining rights, we could lose those rights. If we don’t challenge the City when they violate signed agreements, then how can we enforce agreements in the future? Let me say this, though: Injunction or no injunction, the BPPA is still committed to working with the City and the Department to make sure the citizens of Boston get a body-worn camera pilot program that does what it is supposed to do, while respecting the rights of citizens and police officers alike.”

“I believe what we are going to find is that the body-worn cameras will highlight the good work that is done by the members of the BPPA every day to protect and serve the people who live, work and visit the City of Boston,” Rose continued. “I am confident that the officers participating in this pilot program will bring the same dedication and professionalism to this new challenge as they do to every other aspect of policing.”

The pilot initiative was originally conceived as a volunteer program, but the Judge ruled that the Boston Police Patrolmen’s Association made “unimpressive efforts” to persuade officers to sign up.

“It would be particularly unfair to enjoin the commissioner’s order when the union’s alleged injury is, in significant part, self-inflicted,” Wilkins wrote. “Had the union mobilized even a small part of its membership, the pilot program would have proceeded as a voluntary program.”

A consultant has selected officers of all ages and races from five sections of the city to wear the cameras for a six-month trial.

“Hopefully, this will show that we want to be transparent and accountable, and also show some of the challenges we have on the street,” Evans said. “Most of the officers accept that this is the new technology for police.” the Commissioner called the Boston police “a great department” with “nothing to hide.”

I’m not trying to be nasty because I love and support law enforcement agencies in this time over all of the hear say crap!

I feel public privacy has been thrown out the Window when they started attacking officer and department integrity!

Not the truth the full story! Now here is where I don’t want to upset or step on toes! I don’t know why any officer or department

Would pass up body cams,a extra way in these crappy days and times that every one can say look here is what happened!

Save investigating shootings and make it easier and faster for the internal investigation. Yes were at a point where there dead

Set on their point of view and no evidence will change that. My town got a state grant for ours, the biggest problem is price,

And our officers brak them allot! I just know I was a response officer in the 90s and got a inside view so I love you all and thanks

Beyond words for what you do and put up with for us take care and be safe.