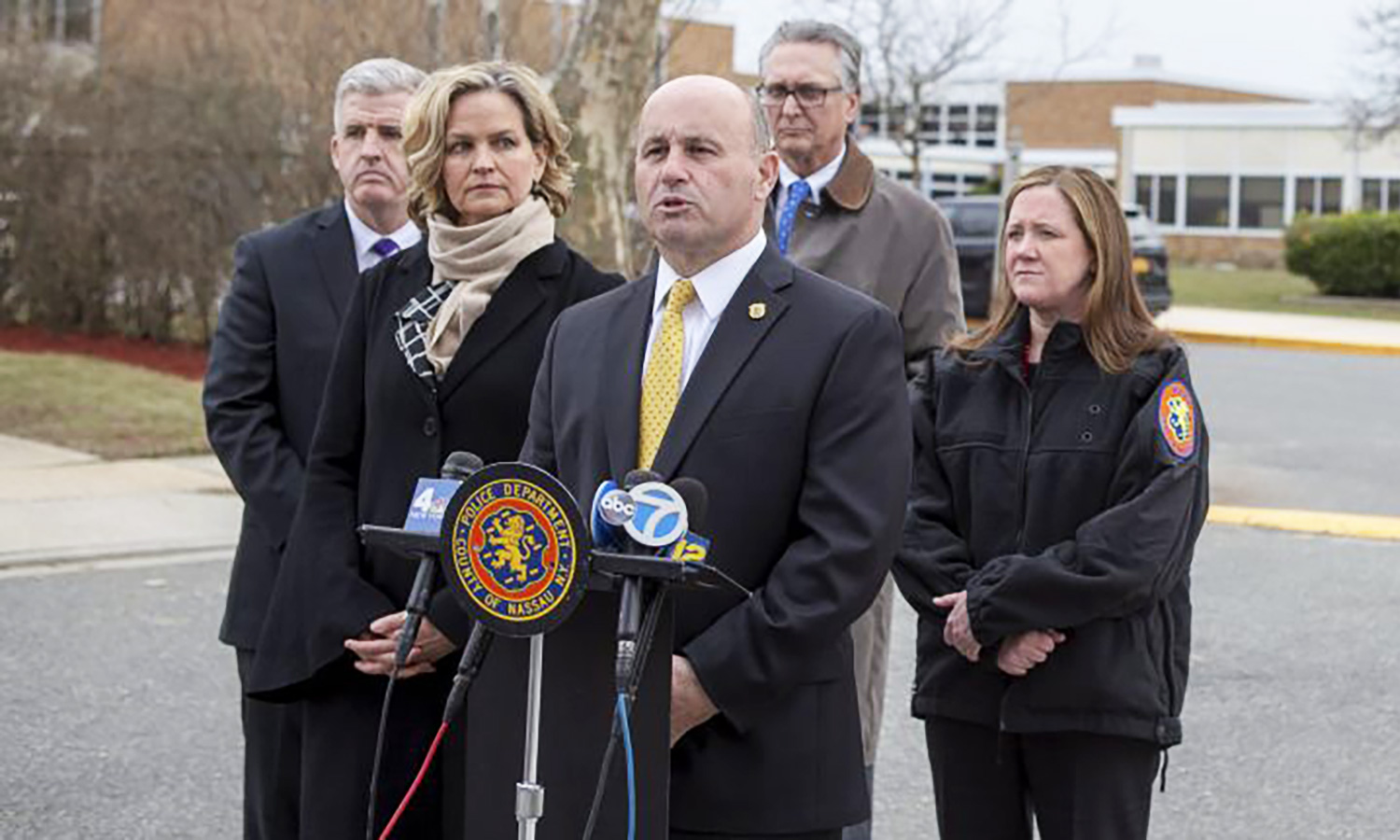 A 10-year-old boy was charged with a felony Tuesday after bringing a loaded handgun to a Baldwin elementary school, where a “textbook” response resulted in the discovery of the weapon, Nassau police said.

The boy, a fourth-grader at Meadow Elementary School, was processed with his father present and faces a charge of criminal possession of a weapon on school grounds, officials said. He brought a .40-caliber semiautomatic Glock to school Monday, police said, and the handgun contained one round in the chamber and several in the magazine as he showed it to a friend, police said. The boy’s name was not released because he is being treated as a juvenile. He is due back in Family Court April 5, officials said.

Police were called to the school Monday after a sharp-eyed lunch monitor spotted the boy and another student repeatedly peering into the boy’s blue fabric lunch bag in the lunchroom, county officials and police said. Their fascination attracted the suspicions of the lunch monitor, who went over to look inside before taking the boy to the principal’s office, authorities said.

A spokesman for the Baldwin school district declined to say whether the fourth grader was back in school Tuesday but said district officials gave parents and students safety tips.

“It was a productive day at the Meadow Elementary School,” spokesman Robert Leonard said. “Appropriate disciplinary actions are being pursued in relation to this matter. The principal shared with parents advice and tips on discussing this incident with their children in a productive manner.”

School officials also reminded them of the importance of children seeing something and saying something, he said.

State education law sets out potential disciplinary action of students. In the case of a student who brings a weapon to school, state education law is based on the federal Gun-Free Schools Act, according to Jay Worona, deputy executive director and general counsel of the New York State School Boards Association

Generally, the law provides that a student who brings a gun or other dangerous weapon to school will be suspended for a year. If the pupil is a special education student, he or she is suspended for 45 days, Worona said. A district superintendent can decide on a shorter suspension based on special circumstances.

In such cases, the student is supposed to be provided with “immediate” free alternative education, which usually translates into receiving alternate instruction, starting within two days after suspension. Alternate education usually would be provided by a substitute teacher meeting at a public site such as a library, or at the student’s home if that is deemed safe.

“The law sets forth that a student generally would return to school after he or she has served a suspension,” Worona said.

County officials have said the gun is unregistered and that the boy told authorities he received the gun Sunday during a party at his uncle’s house.