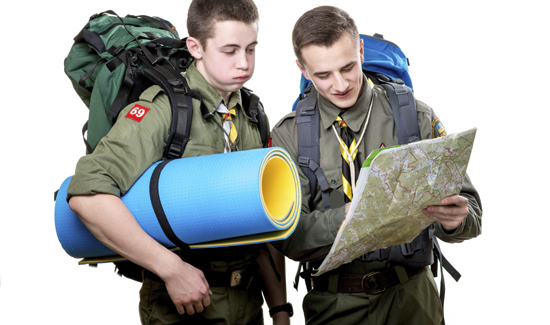 Here’s the thing about bears: they’re really grumpy before they go down for a long winter’s nap in a cave somewhere.

A Boy Scout leader who took his troops for a hike recently accidentally disturbed and angered a bear in a cave.

As wild animals do, it attacked, and dragged the Scout leader, who was armed with a small rock hammer, into the cave.

The attack lasted quite a while, and the kids did everything they could to save their leader.

First, they tried to coax the bear out of the cave with food, but that didn’t work.

So they built a signal fire to better allow rescuers to find them.

The smoke wound up driving the bear off.

Needless to say, these kids should all get merit badges, or whatever the Scouts are handing out these days.