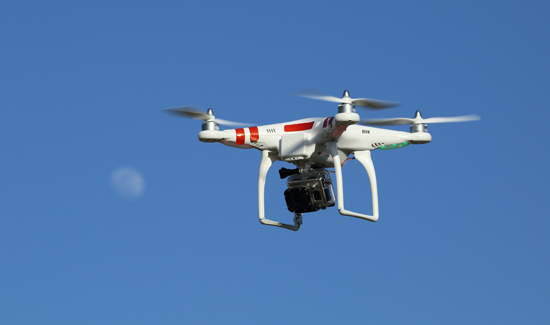 Talk about flying high! An inebriated off-duty employee for a government intelligence agency decided it was a good time to fly his friend’s drone—a 2-foot-by-2-foot “quadcopter” popular among hobbyists—onto the grounds of the White House.

But, according to the New York Times, officials say the plan was foiled, perhaps by wind or a tree, when the employee lost control of the drone as he operated it from an apartment just blocks from the White House.

The employee not been named by the Secret Service or charged with a crime.

Officials describe the incident as nothing more than a drunken misadventure, but it has managed to highlight another vulnerability in the protective shield that the Secret Service erects around the White House complex.

The small drone, called a DJI Phantom, evaded White House radar that is calibrated to warn of much bigger threats, like an airplane or a missile. Although White House officials characterized the drone as not dangerous, it nonetheless has raised serious questions about how secure President Obama and his family are when they are home.