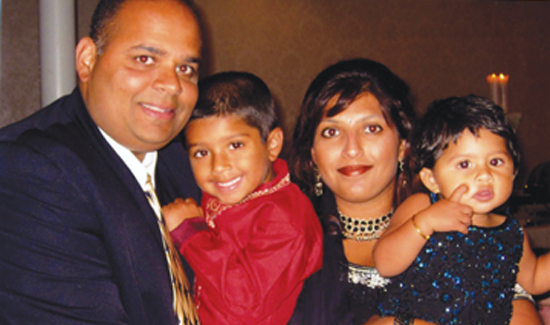 One of Sam Panchal’s bosses said, “Getting Sammy on the NYPD was the equivalent of an NBA team getting the first-round draft choice. He is that good.” When Sam made his decision to go into law enforcement, his family was in shock. “It’s not acceptable in the Indian culture,” Sam explained. “You’re supposed to be an engineer, a doctor, or a professor. Police officer is not on the list.” But he always dreamed of being a cop; there was something deep in his soul that drew him to this dangerous and stressful life. For months Sam hid his uniform in the car and changed on the way to the Academy.

Part I: The Evidence Collector

“It was only when I was deep into it that I realized they were preying on immigrants. They were giving them $25 to get an x-ray for these phony insurance claims and some were getting five and six a day. It was bad and I’m proud that we put an end to it. There’s a thrill to taking out bad guys out that’s hard to explain to someone who’s never been a cop.” – Sam Panchal

Sam felt the waves of nausea rolling over him and he knew he was going to throw-up. He told his partner, Jimmy, to pull over. Jim, a detective with the NYPD’s Special Fraud Squad and a nineteen-year veteran of the force, thought Sam was kidding. They’d been working together closely for months and the older detective had never heard his younger, cigar-loving colleague complain he wasn’t feeling well. He kept driving, Sam puked and the sickening smell would linger for months.

Sammy Panchal and Jimmy Feasel were investigating what they thought was an auto insurance fraud scam. Sam had gone undercover to collect the evidence the NYPD hoped would crack the case.

Sam had been successful passing himself off as someone who was looking for easy money. “I had become part of their operation,” he said. “I’d worked for them for months, but they’d never invited me to go anywhere. Then out of the blue they tell me, ‘Come on, you go with us. We’ll go for tea.’”

He felt he had no choice. If you meet Sam, you can’t imagine him afraid. Everything about him exudes self-confidence. As his former commander Louis Vozza said, “When I first met Sam, I thought, here’s a guy who is absolutely fearless.” But the invitation to the tea party did make him nervous. He had no radio, no cell phone, no pager. Worst of all there was no time to tell Jimmy about the plan. If they figured out he was a cop, Sam would have no way to call for backup.

Four Bengali men drove him to a diner in Elmhurst, a section of New York heavily populated with Indians and Pakistanis. “They told me I had to go,” Sam said. “They wanted me to meet the number one guy. I thought they’d found out I was a cop.”

A Pakistani waitress brought an assortment of things to eat – strange nuts and crackers and a really foul smelling beverage.

Sam tried to pass, but they poured it and he drank it. The concoction was vile. “I never did know what was in that tea,” he said. “But it was bad. I was sick for two days.”

Sam had only been on the street two years when he got the undercover assignment. He was born in India where his extended family is from but some people assume he’s Hispanic. But no one who talks to him for even a minute has any doubt that wherever his roots are, Sammy is a New Yorker.

Sam explained that back when Detective Jim Feasel called him to see if he would consider taking on the undercover assignment, it helped he was a young guy with only a couple of years on the job. “I wasn’t talking the talk yet,” he said. “They could mold me so I wouldn’t seem like a cop.”

The NYPD got involved in the case after someone working on the inside of the insurance scam agreed to cooperate with the FBI. “The feds tried to introduce an undercover but it didn’t work,” Sam said. “He didn’t speak their language. That’s when they came to the NYPD for help.”

About all they knew at the time was the operation was run by a group of secretive, well organized Indian men. The insurance claims they filed were running into the hundreds of millions of dollars. Detectives assigned to the NYPD’s Special Fraud Squad were familiar with all kinds of criminal scams run by Russians, Italians and Asians. But Indians? In the early 1990’s, this was something new.

The case ended up on the desk of Jim Feasel, a seasoned detective who had been working organized crime for five years. Detective Feasel was considered the NYPD ’s top investigator on insurance fraud. He knew he had to send in an undercover but no one knew how many Indian cops they had. The detective searched the NYPD’s massive database and discovered that among the department’s forty thousand sworn personnel, there were only three officers of Indian descent. Feasel called all three. Sam Panchal, a rookie officer still in his twenties, was the only one who called back.

Coming up next: Sammy goes undercover, and things get tense.