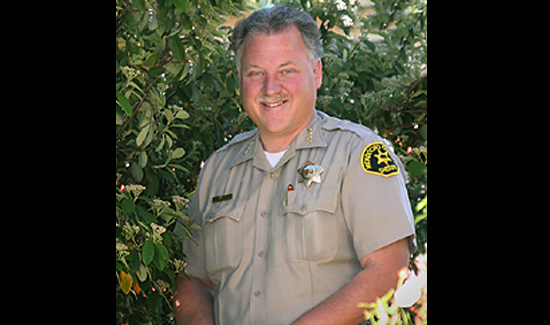 Anyone that knows anything about marijuana knows that Mendicino County in Northern California is a hot spot for outdoor marijuana growing operations. But many of the personnel acting as drug enforcement agents in this area are not DEA, FBI or even local law enforcement. They’re private paramilitary contractors.

The owner of the security firm employing the counter-pot commandos says this is good because his people are not constrained or restricted by constitutional impediments like the Fourth Amendment and Miranda warnings.

“It’s very clear in the penal code that citizens and private persons have an enormous amount of authority under the penal code and also sometimes even more authority where they’re not subject to the Fourth Amendment restrictions,” Lear Asset Management founder Paul Trouette told reporters with Talking Points Memo.

“You can witness a felony or a misdemeanor or any public nuisance, in your presence, and you have the ability to affect that arrest. And go to the point where the use of force is equal to the force used in the person that you’re arresting.”

So what’s the working relationship like between the private contractors and local law enforcement?

Allman was careful not to say anything negative about Lear Asset’s operations.

But he wanted to be on the record before any “friendly fire” should his officers and Trouette’s operatives be in the same place at the same time with no communication between the two groups.

“Let me tell you what keeps me awake,” Allman said. “If a citizen calls up and says, ‘Listen, there’s men with long guns and camouflage green that look like policemen that are cutting my marijuana down.’ And my dispatcher goes, ‘Oh my gosh, it’s not us,’ what we’re going to do is we’re going to send cops with guns to this location where we think there’s a marijuana rip-off. Honestly, what could possibly go wrong here? A lot more things are going to go wrong than are going to go right.”

The private contractor has a brochure showing Lear’s Asset “operatives.”

Many of them are former law enforcement and military personnel. The brochure also says it “works with” the Drug Enforcement Agency.

But Trouette says told TPM that his organization only shares “intelligence,” with law enforcement agencies. “We don’t contract with them,” Trouette told TPM.

know what keeps me awake at night…!!!! A lying law enforcement officer like sheriff tom who tells the public under a sworn oath to use his color of law for his own personal revenge against the company lear.Allman is a lying manipulating politician.LEAR works hand in hand with Allmans marijuana team,the DEA,and other agencies.Lear has always communicated every raid to dispatch every time,often working with Allmans officers.This is what keeps us”toms employees” awake at night

HEY TOM get a life

NOTHING SLICK ABOUT IT,IT DOESNT SUPRISE US THAT CORRUPTION CONTINUES.ANOTHER SWAMP I GUESS.