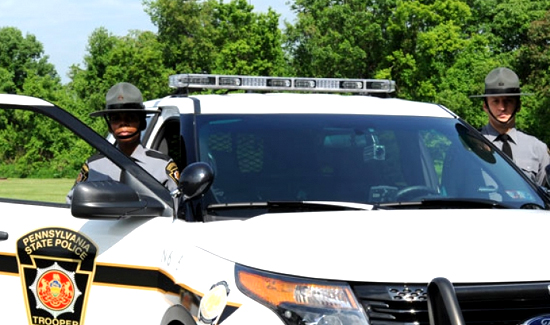 Via The Philadelphia Inquirer:

For decades, towns across Pennsylvania—many of them small, rural, and cash-strapped—have relied on the Pennsylvania State Police.

Some have shuttered their own police departments, realizing that it’s far cheaper to have troopers respond to calls within their borders than to pay the salaries, benefits, and equipment needed for their own force.

Now, Gov. Wolf wants them to pay up. One plank in the $32.3 billion annual budget proposal he unveiled last week was a new $25-a-person tax on towns that use on the state police for full-time policing.

The fee, which had been unsuccessfully pushed by at least one previous governor and several legislators, is already stirring resistance. What the administration calls a fairness fee, others call a burdensome tax.

Colleen Call, borough manager of Tionesta, a town with fewer than 500 people in Forest County that depends on troopers and county sheriffs for coverage, said that passing on such a fee to its citizens would be devastating.

“Anything is an issue for rural Pennsylvania, as far as I’m concerned—there’s no jobs,” she said. “We lose the young people, and the elderly just stay here because this is where they’ve always lived.”

Pennsylvania is not the only state where small towns depend primarily on state police. Many municipalities across the Mid-Atlantic and New England turn to them for coverage instead of having their own full-time police departments, according to a 2012 study by Pennsylvania State University’s Justice Center for Research. In many other parts of the nation, county sheriffs with full police powers take on that role.

In the Keystone State, residents in every town help finance the state police through their taxes. But just over half of the commonwealth’s roughly 2,500 municipalities receive full-time coverage from troopers, according to state police data. The same data show a steady increase in the number of towns that have switched to full-time state police patrols.