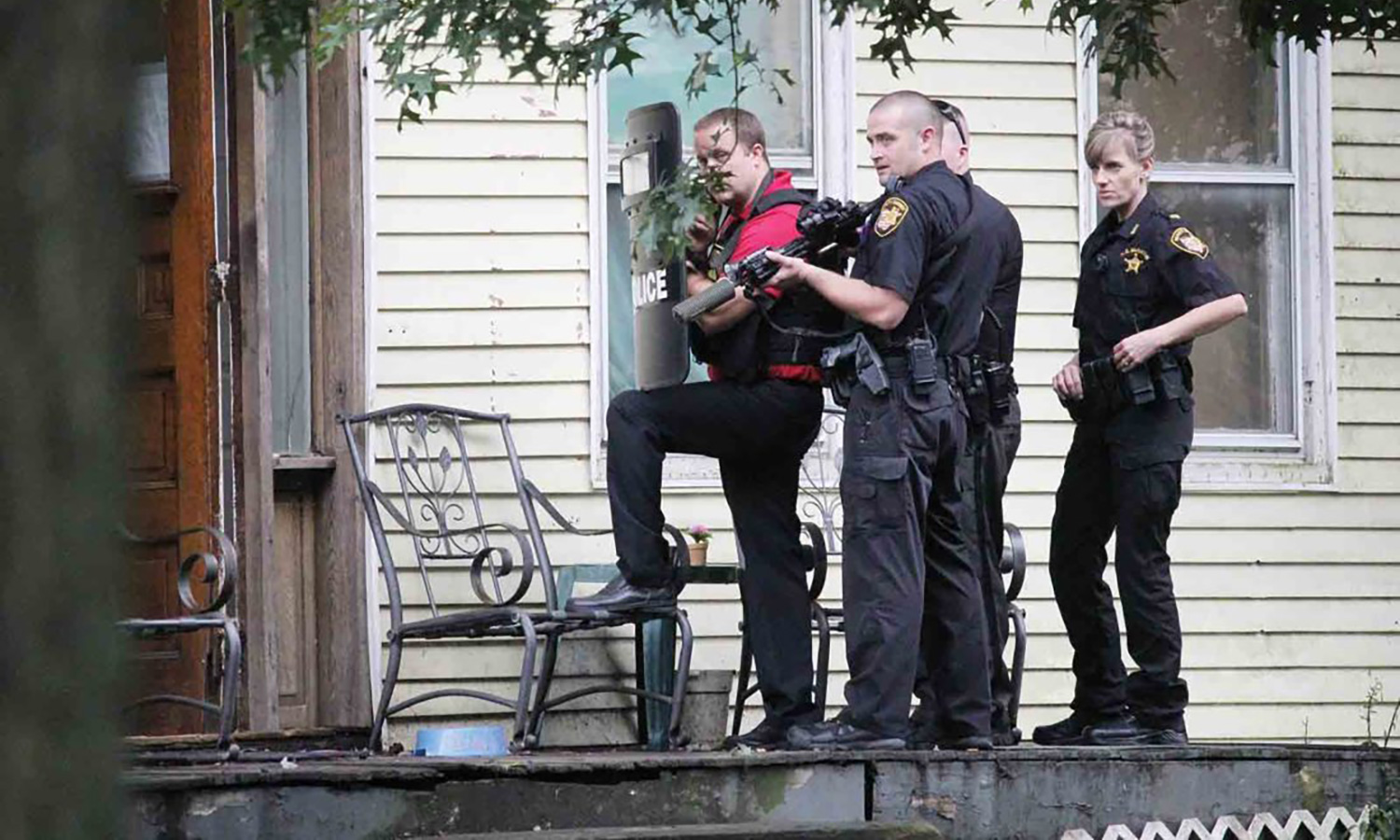 Low unemployment tends to create labor shortages, but over the past two decades, in good times and lean, fewer and fewer people are answering the call of duty to become officers of the law.

John Burdette has been in law enforcement since 1976, and he said this week what he is seeing is a crisis.

This year, he’s had to cancel both the spring and fall courses because not enough applicants signed up. The 33-week academy requires a minimum of 10 students.

“It wasn’t that long ago that I easily had enough people to hold a class, I had no trouble running back to back classes,” he said. “The biggest class was 21 people. I only had two people for the ones canceled.”

Anyone interested in police work as a career has several options in Ohio, Burdette said, because the OPOTA course is run at several colleges, and some police departments and county sheriffs offer it at their own training academies.

Unlike West Virginia, where there is one academy and entry into it requires that candidates first get accepted by a local agency, in Ohio candidates can acquire their certification before applying for a job, he said. And the major agencies in Washington County – the sheriff’s office, Marietta and Belpre city police – rely on the WSCC course to supply part of their stream of recruits.

Maj. Brian Schuck at the sheriff’s office said he considers the department fully staffed for patrol officers – five deputies per 12-hour shift – and dispatchers, but like other law enforcement agency administrators, he is constantly looking for prospective hires.

Staff members come and go, he said, with some going to other agencies for reasons that include pay, relocation and proximity to home – he noted that deputies are not required to live in the county.

Schuck also said his agency has the singular advantage of operating the county jail, where new hires start, serving several weeks in the corrections operation before, if they wish to, moving on to patrol duty as openings become available.

“It gives them firearms, transport and custody experience,” he said. “So even when we’re short on the patrol side, we have a pool of people available.

The department advertises vacancies on the state job site and indeed.com. Schuck said he stays in contact with training academies and sometimes directly approaches promising graduates.

“It’s competition,” he said. “The Parkersburg Police Department is offering a $10,000 signing bonus. We are known for offering a good wage, good equipment and good training.”

New hire deputies are offered $18.95 an hour to start, with a sliding scale of raises up to $26.33 after four years. Patrol deputies take their vehicles home after shift, he said, although they are continually on call.

Marietta Police Chief Rodney Hupp said the WSCC program produced half the new sworn officers he hired in the past 10 years. The department, he said, currently has 39 full-time employees, of whom 31 are sworn officers.

Municipal police departments in Ohio, he said, are constrained by the restrictions of the Ohio Civil Service Commission, which limits the age of applicants for officer duty to 35 or younger. Hupp said he would like to see that limit taken to 40 years of age, which would allow many promising military retirees – those who retire after 20 years in the service – to come onto the force.

The civil service commission requires a battery of physical and psychological testing for candidates, he said, but those who have already been certified through the OPOTA course have a significant advantage.

The Marietta department will hold a round of physical and written tests in late October and early November, he said.

Schuck, Hupp and Burdette agreed that the change in public attitudes toward police is at least in part responsible for the declining number of people who choose it as a career. Police violence is exposed on social media and in digital news reports that spread with increasing speed, while the daily assistance police officers give the public goes nearly unnoticed.

“There are 10,000 good deeds a day, but one bad one gets the attention,” Hupp said. “I hear all the time about my officers who go above and beyond.”

That situation has tarnished the image of police work as a career.

“The question often comes up, why is there this decrease in interest,” Burdette said. “I think a substantial part of it is this whole national discourse involving attitudes toward law enforcement, and that’s having a domino effect. That signing bonus in Parkersburg? That’s unheard-of.

“Looking ahead I can see all law enforcement agencies struggling to enlist people.”

The public perception of policing, even for those who have an interest in it as a career, is daunting, Burdette said.

“In today’s society, it’s much different than it was even 20 years ago,” he said. “There’s a lot more expected of you, there are cameras on everything you do and say. On the news every day you see police officers surrounded by people with cellphones. How many people want to be part of a scenario like that?

“The additional scrutiny can be beneficial, but being under that intense scrutiny is not something that’s attractive to most people.”

The applicant pool, he said, has been dry for months and the problem calls for more than a single solution.

“I think we need to look at target groups, like veterans, who have a military background that helps them adapt to police training,” he said. “Also, people need to be persuaded that it could make an attractive career change. A lot of my recent cadets are people who got tired of the ups and downs of the oil and gas industry.”

The conditions of employment in law enforcement have some upsides.

“In this area you’re not going to get rich,” Hupp said. “But it will give you a good standard of living.”

“The fact is, the chances of layoff are next to zero,” Burdette said. “The job security is as good as any category of work. We’ve just got to look far and wide, cast that net out, educate people all we can about the benefits of this as a career.”

Burdette, representatives of OPOTA, and local law enforcement officials are meeting on Oct. 23 in Marietta to see what can be done to encourage more people to enter the profession.

“We’re making an issue of this symposium, really counting on agency administrators to attend it,” Burdette said. “We need to work together to address this crisis.”

Anyone interested in a law enforcement career can contact Burdette at Washington State Community College, Schuck at the Washington County Sheriff’s Office or Hupp at the Marietta Police Department.