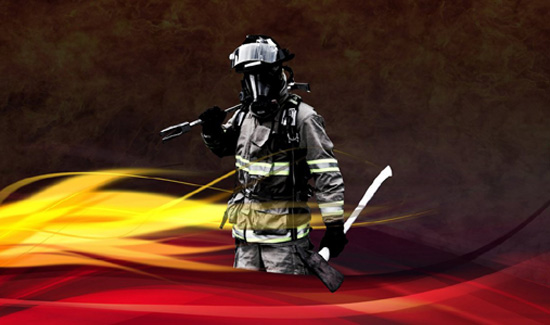 As eight firefighters slept in a Midtown fire station one night this week, someone sneaked in and stole personal items including two laptop computers, a cell phone and a wallet, according to a police report.

Most of the items were stolen from a break room where a firefighter was sleeping, the report says. And a mountain bike was stolen from another part of the station.

The burglary were discovered Wednesday morning at Memphis Fire Station #11 at 1826 Union. It’s unclear how many thieves were involved.

“It’s brazen sons of (expletive) to do that. To come in there with a bunch of firefighters sleeping. They’d beat the (expletive) out of them if they woke up.”

Malone said he’s heard of recent burglaries at other fire stations. The firefighters association sent social media warnings to its members this week to lock up valuables and make sure stations are secure.

Memphis Police Lt. Karen Rudolph said she was able to locate information on only one other recent fire station burglary, and that was on May 11, when someone reportedly walked through an opened door into Memphis Fire Station #31 at 4258 Overton Crossing in Frayser and stole a weed eater.

Malone said firefighters typically work 24-hour shifts and if they’re not busy during the nighttime, they go to sleep. “That’s their home away from home, and they’ll buy stuff for the fire station.” It’s not uncommon for fire stations to be outfitted with TVs and other home-like comforts, he said.

The police report said the firefighters on Union went to sleep shortly after midnight. The morning after, they found items gone. A window on a fire engine bay was wide open.

The mountain bike was taken from the engine bay. The laptops and other items were taken from the break room where one firefighter was sleeping, the report says.

Malone said the fire department is taking the situation seriously. “I can tell you that the word’s spreading. And I wouldn’t want to be the one to go into one of those fire stations now with people on the lookout.”