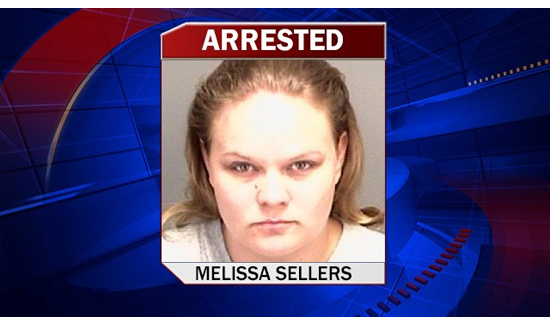 Florida continues to be a bizarre news story factory.

According to FOX 13 News, a man is in the hospital with critical injuries. His roommate is behind bars.

Clearwater police say 33-year-old Melissa Dawn Sellers poured nail polish remover on 42-year-old Carlos Ortiz, Jr. and then set him on fire after the two had a disagreement.

Ortiz was rushed to the hospital and was listed in critical condition with severe burns to his face and upper-torso.

Neighbors described the victim as a good egg that was known to be quick to help others out. But no good deed goes unpunished and opening his home to Sellers when she was down on her luck turned out be a nearly fatal mistake.

“That’s just the kind of person he was. He helped everybody,” neighbor Katherine Mudse told local reporters.

“There was some type of disagreement between these two people. They were both intoxicated, they began arguing. We’re not sure what the altercation was over. But during the process of the argument, she doused him with nail polish remover and either flicked a cigarette or lit a lighter to set him on fire,” according to Clearwater Police Department’s Rob Shaw.

Sellers made her first appearance in Pinellas County court recently after trying to convince responding officers the whole thing was a misunderstanding.

“She tried to paint it as an accident,” Shaw said.

Those who know the victim say they’re doing the only thing they can.

“I can pray. I have a lot of faith that the Lord, because Junior is so good to people, I think God watches over his people and I think Junior is one of those people for sure,” Mudse said.

Right now, Sellers is charged with aggravated battery. She could be facing murder charges if the victim does not make it out of the hospital.